You are Here: Home » News » News Headlines » Call to clampdown on developers over retrospective applications

Call to clampdown on developers over retrospective applications 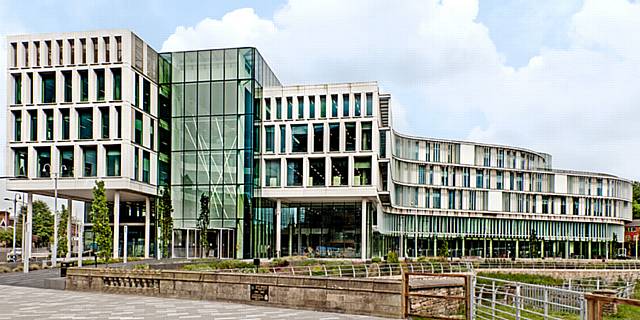 Rochdale Council has been urged to clampdown on developers over fears too many are flouting planning rules once schemes are approved.

The call for tighter enforcement was sparked after a retrospective application for five homes in Milnrow was brought before the planning committee.

The development, at Moorhouse Fold, was not built in line with the permission granted in 2016 - leaving applicant Paul Stone to apply for back-dated approval of the scheme.

A compromise was eventually agreed by the committee, but Councillor Faisal Rana said the scenario was happening far too often and site inspections should be routine to ensure ‘they cannot go wrong’.

Addressing Paul Moore, the authority’s head of planning, he said: “We have seen applications like this coming again and again. Should the inspectors not go more regularly on site and do the inspections?

“If we’d had a robust enforcement system, we should not be here on this application again, discussing the same thing again. “

Councillor Rana told the meeting any extra costs for inspections or officers’ time should fall on applicants.

However, Mr Moore said it was not for the council to supervise developers’ projects – but had stepped in as soon as concerns were raised by residents living near the site.

He said: “I need to be clear here, the council’s role isn’t to project manage a development for a private developer.

“The role of the enforcement team is not to be going out on site checking each and every stage of the developer’s project and overseeing those works.

“The developer has responsibility to build what they have planning permission for.”

Councillor Rana later responded that neither was it the job of neighbours to be the council’s eyes and ears, and the officers should check on sites themselves.

Having been alerted to issues at the site by residents the council had attempted to reach a compromise agreement with Mr Stone.

He was asked to ‘alter and replace’ the three most ‘harmful elements’ of the scheme – unauthorised dormer windows, a timber boundary fence built instead of a stone wall and concrete roof tiles which should have been slate.

However, he only agreed to the removal of the dormer windows, claiming it was not financially possible to do any more. A previous retrospective scheme was rejected last year.

The committee was advised to refuse the scheme on the grounds it would have a ‘significantly harmful effect on the character and appearance of the surrounding area’.

The development was also said to distract from important views of the Grade II Listed Moorhouse Farmhouse.

Addressing the committee on the night, Mr Stone said this was his first development and he had been let down by ‘poor professional advice’ from the architect he initially appointed.

However, despite at first telling the committee that officers’ demands would be ‘financially crippling’, he later agreed to replace the timber fence with a 3ft stone wall.

Councillor Peter Winkler warned that the panel was in danger of setting a worrying precedent by creating a ‘hotchpotch’ application on the night, without any further consultation with residents or officers.

Councillor Irene Davidson said that, provided the major issue of the stone wall was agreed, more minor conditions could be ironed out by officers in due course.

She told the meeting: “The residents round there deserve better than us saying ‘no’ to it and having to wait another 12 months for anything to be done. It’s not fair on the residents.”

Councillor Rana was also happy that Mr Stone’s offer was a reasonable compromise and moved approval of the amended application.

The committee passed the scheme – with the condition that the timber boundary fence would be replaced by a 3ft stone wall – by a majority vote.

Conservatives Councillor Peter Winkler and Councillor John Taylor voted against the motion, believing it should be deferred for further consultation.

The meeting was held on 5 March at Rochdale council’s Number One Riverside offices.