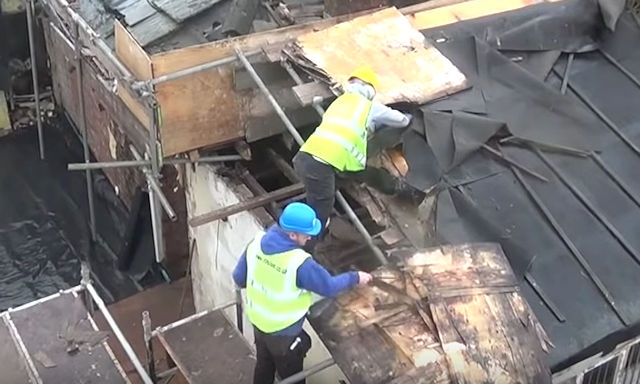 Repairing the roof of Hopwood Hall

Hopwood DePree and his team have been making significant progress over the winter months to complete critical structural and roof repairs at Hopwood Hall Estate.

Thieves managed to get onto the roof of the hall and ripped out valuable pieces of lead. This allowed water to pour through the building, causing expensive and timely damage.

Rainfall from over the last few months also led to the top of the roof being flooded, with Hopwood describing it “like a river up there.”

Hopwood partnered up with RossLee construction to repair the damage as quickly as they could. It is unclear how the vandals were able to get onto the roof in the first place. Work continues to be done to make the building as weathertight as possible.

The roof slates have been stripped off whilst stones, some of which had been in place since the hall was first built, have also been removed to make way for replacement steel works and new timbers. 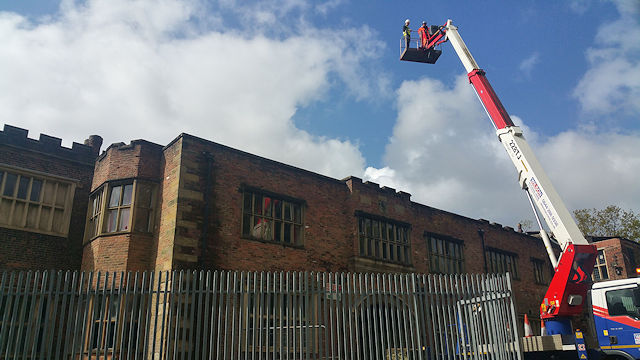 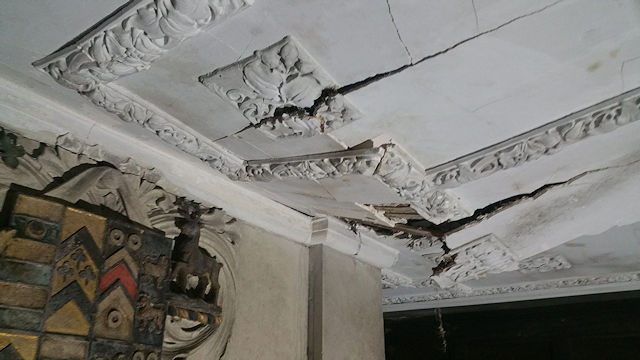 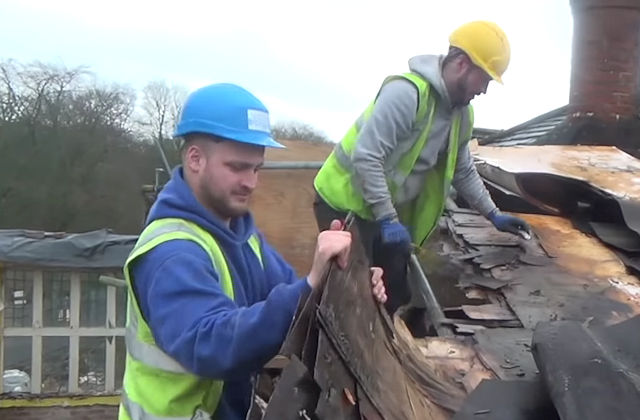 Hopwood began renovations in 2018 after successfully applying for a grant to save the building. The hall was built in the 1600s by his ancestor, John Hopwood. By the 1900s, priests had moved in and made grand changes to the building. The building was labelled abandoned in the 1980s.

Hopwood has since been on a mission to save what was once Rochdale’s most luxurious estate. He has an exclusive legal agreement with the council to enable him to have up to five years to rescue the 12th century manor before he assumes full possession of his ancestral home, which has lain vacant for 30 years and is now on Historic England’s 'At Risk' register.

You can follow Hopwood and progress of the renovation here: