You are Here: Home » News » News Headlines » Greater Manchester’s Pub of the Year offering free rooms to anyone unable to self-isolate 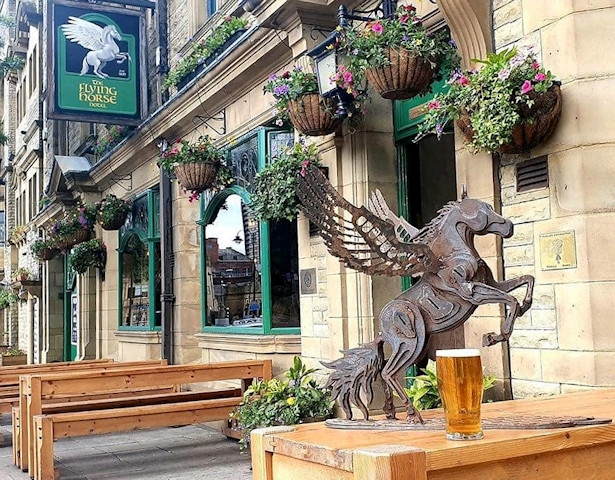 Rochdale’s Flying Horse, voted Greater Manchester’s pub of the year, is offering free rooms to anyone who is unable to self-isolate because they live with someone vulnerable to the coronavirus.

In a message on Facebook the pub vowed to stay open “as long as we can” and help where we can”.

Landlord, Ben Boothman said that the pub had survived “smallpox, Spanish flu, six recessions, two world wars, the rise and fall of an empire, the start and end to our involvement in Europe, Napoleon, Hitler and Mr Blobby” over its 330-year-old history and will “keep calm and carry on” through these hard times.

“What we are saying Rochdale... just do what we have always done! Care for our neighbours, our needy, our families but more than that, care for the strangers down the street!

“Remember we are a hotel; rooms are available and if you need a room let us know. If it’s so you don’t endanger a vulnerable person at home with C19 and find yourself temporarily homeless the room will be free of charge.”

According to Public Health England Figures, Greater Manchester has over fifty confirmed cases of the virus, four of which from Rochdale. However, these figures are disputed and the true number of cases is likely to be far greater.