You are Here: Home » News » News Headlines » Bees getting busy in spring

Bees getting busy in spring 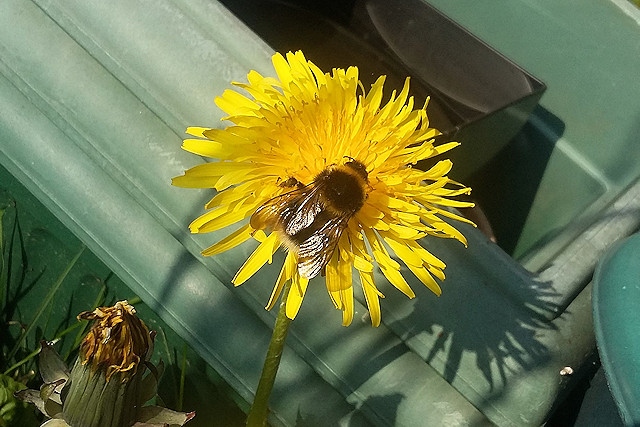 A garden bumblebee queen, resting on a dandelion

While we are all sitting at home, wildlife is just getting on with its spring preparations.

And bees look bigger and busier at this time of year, according to Ben Hargreaves, Plan Bee Project Officer at the Wildlife Trust for Lancashire, Manchester and North Merseyside.

Ben said: “With the slightly warmer and (much) calmer weather there has been a noted abundance of bees around.

Many of these bees can be seen in your garden and, if you have seen really big bumblebees, they are likely to be queens, who will be visible now but likely to spend the rest of summer in the nest.

Looking further field Ben said: “Brockholes Nature Reserve has had small sallow mining-bee which is not a common Lancashire species. Also, the more common generalist mining-bees - buffish mining-bee, Gwynne's mining-bee and chocolate mining-bee – might be seen in your garden. Gardens are also as likely as anywhere to observe tawny and ashy mining-bees - the former is happy to nest on level ground so particularly favours lawns and borders.”

Sawflies are also becoming active. He said: “Many are small black ‘jobs’ and all lack common names but there are some brightly coloured species recently recorded, for instance, the Dolerus madidus, which was recorded in Cumbria last month.

“There are also some nice hoverflies in East Lancs - a good mining-bee mimic called Cheilosia grossa.”

Most people would not realise the sheer variety of insects they have in their garden and they can help our pollinators by providing them with flowers and herbs that attract them.

The Wildlife Trust is keen to hear or see any bee sightings: @Lancswildlife