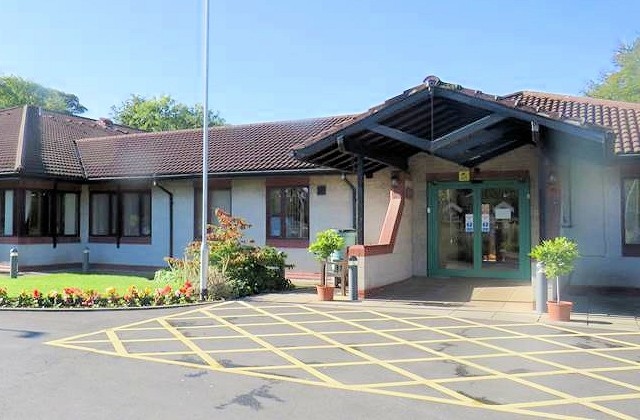 Local woman Amanda Chadwick is crowdfunding for Springhill Hospice, worried about the impact coronavirus will have on its facility.

The hospice, which provides specialist palliative care services, is especially close to Amanda’s heart, as her husband, Andrew, was cared for at the hospice after being diagnosed with a brain tumour in 2010.

After years of treatment, Andrew sadly lost his battle on 4 February 2013 at Springhill Hospice. He was 43, leaving behind Amanda, then 39, and two children, aged eight and six.

Amanda said: “We spent a lot of time at the hospice as a family as Andrew was there for quite a few months.  We could never have had the family times we had if Andrew hadn’t been at the hospice. He also wanted to spend his final days there, which meant a lot to us as parents.

“I’ve fundraised and volunteered for the hospice ever since as have our kids, and our daughter Eve, even did work experience there.

“It means a lot to us to help others to have this amazing facility. If everyone gives just £1, it will make a huge difference to the hospice.

“If you do donate, thank you from the bottom of my heart.”

Financial support is extremely important to the hospice, which relies on donations to raise in excess of £3.2m every year – or £8,928 per day – to provide its vital services.

A glamourous Starlight Ball was due to take place at Rochdale Town Hall on 16 May, the first fundraising dinner organised by a committee of businesses from across the borough to raise vital funds for the hospice.

Unfortunately, due to the pandemic, the black-tie ball – an evening packed full of sparkling entertainment from local singers and musicians, plus silent auctions, raffles and games – has been cancelled.

Amanda, who is on the fundraising team for the Starlight Ball, added: “Unfortunately it was cancelled but we do hope to still hold an event in the future.”

Julie Halliwell, chief executive at Springhill Hospice said: "We are so appreciative of the fundraising that Amanda is undertaking for us at Springhill Hospice. The money raised so far is incredible and we are so thankful that in such uncertain and difficult times, people are still able to support the hospice.

"I would like to say a big thank you to Amanda for her continued support of the hospice, and to everyone who has contributed so generously."