You are Here: Home » News » News Headlines » School rated inadequate by Ofsted will not be placed in special measures as leaders demonstrate "ability to make improvements" 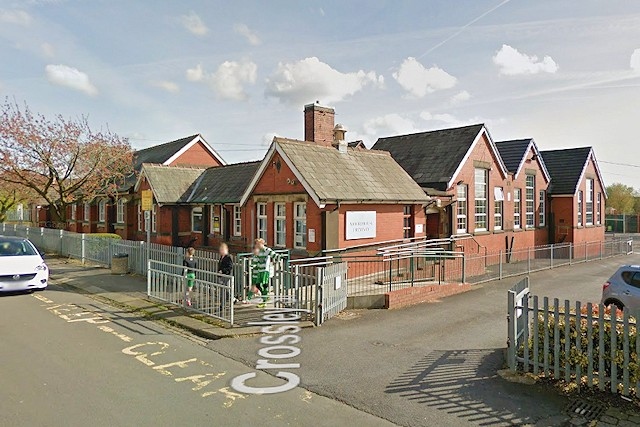 A Milnrow primary school rated inadequate following an inspection will not be placed in special measures as leaders have demonstrated they "have the ability to make improvements", an Ofsted inspection has found.

Moorhouse Primary School was classed as ‘good’ by Ofsted following a previous visit back in 2016, but a scathing new report says pupils have ‘underachieved considerably’ over the last three years, with children failing to ‘gain the knowledge and skills that they should’ during their time at the school.

Although senior leaders – including headteacher Ellen Bullock – have developed ‘all aspects’ of the school since being appointed, the ‘sheer scale’ of the challenge means things have not improved quickly enough.

Miss Bullock was appointed as headteacher in January 2019 and prior to that had been deputy head at the school.

The report says current pupils have gaps in their learning and, despite the school’s best efforts, are not catching up as fast as they should.

It adds: “The deficiencies in the quality of education run deep. Governors have not been effective in holding leaders to account for pupils’ consistently weak achievement. This includes disadvantaged pupils and pupils with special educational needs and/or disabilities (SEND).”

Expectations at the school are ‘not high enough’ according to the education watchdog’s report.

It adds that published data shows that when pupils leave for secondary school their progress has been significantly below other pupils nationally.

This has also been the case in reading and writing over the last three years and in mathematics for the last two years.

Pupils – particularly those who are disadvantaged or with SEND – do not recognise common words well enough to read fluently, while older pupils have similar gaps in their reading abilities.

There are also problems in mathematics, with the report finding the curriculum is not well matched for youngsters to their needs, hindering the learning of key mathematical skills.

And while there have been some improvements to the curriculum for those coming to the end of junior school, elsewhere it is ‘too variable to make up for lost learning in the past’.

Support for pupils with SEND has improved, but not helped them to catch up quickly enough.

Inspectors found there was a ‘wide variability’ in the effectiveness of the curriculum.

Some areas, such as science, were strong, but subject leaders in geography, history and art had not ensured teachers understood the key knowledge to enable pupils’ future learning.

The arrangements for safeguarding are praised as ‘effective’ with staff being vigilant and ‘alert to any signs that pupils might be at risk’.

Pupils’ behaviour has also improved due to the ‘higher standards’ leaders have insisted on, and are said to feel safe, happy and settled at the school.

The report adds: “Leaders have established a team of staff to support pupils’ personal development and to help pupils through any difficult times in their lives. The establishment of this team is central to leaders’ vision for improvement.”

Many parents say they are ‘shocked’ by the report, as it does not reflect the experience of their children.

Lisa Howlett, whose 10-year-old daughter Evie is in Year 5, said: “I can’t fault it from my daughter’s education and how she is progressing.

“I can’t see anything Ofsted has said. She is progressing well to her level and above it in some areas.

“Any issues she has got they deal with efficiently and she is included in everything. I have no negative experiences at all, I’ve been very shocked by the Ofsted report.

“I feel parent communication could be better but that’s the only criticism I have.”

And Chantal Pearce added: “They have helped me a lot and they are kind and they want the best for our children.

“My child likes the school, he is doing very well and I would like to say thank you to the school for supporting me and my child at this difficult time with Covid-19.”

Both of Sairoon Ahmed's children attended Moorhouse. She said: "From personal experience, this school has been really good for my children, both have come out with brilliant results."

Chantelle Mason said the school had worked hard to give her 11-year-old son a positive experience, whom she says ‘gets a good education based around his individual needs’.

She also praised Mrs Bullock for listening to parents and making a number of ‘positive changes’.

Diane Davies added: “I believe the school and its leadership go above and beyond to provide for and support the children in its local community. During the coronavirus pandemic they have not only provided high quality work but also set online challenges to keep pupils engaged. I am so happy and proud that my children attend this school.”

Headteacher Mrs Bullock said the report noted some strengths ‘but as expected, some serious weaknesses’.

She said: “At Moorhouse, our end of Key Stage 2 (years three to six) results have been far from good enough for the last four years.

“This clearly shows that less than half of our children have left Moorhouse with an adequate standard of education. We accept this needs to improve rapidly and improvements have absolutely already been made.

“Ofsted noted in the 12 months of being appointed, new leaders have recognised a clear strategy to improve and have started to develop all aspects of the school’s provision.”

However, Mrs Bullock said she the school was proud its safeguarding culture was judged as being good, as was behaviour, adding this was something Moorhouse Primary did ‘consistently well’.

She was also pleased with the finding that pupils felt safe, enjoyed going to school and that a focus on behaviour had successfully improved learning.

Mrs Bullock added: “Ofsted are confident that we have begun to successfully address the historical under achievement that has been evident over time.

“Of course, many of our children do achieve high standards and make good progress. However, this is not good enough and all of our children, regardless of need or ability, deserve the best chances of success.”