You are Here: Home » News » News Headlines » GMSF and Clean Air Zone to go out to consultation later this year 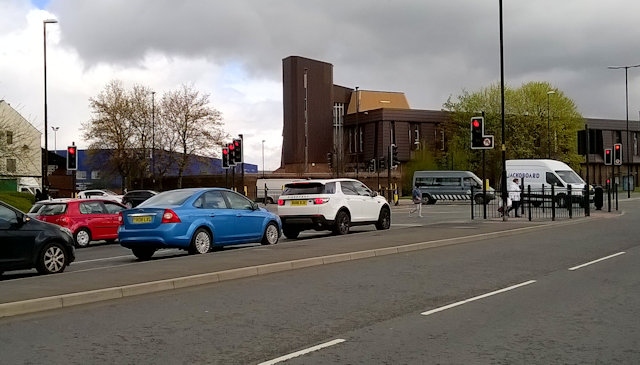 The Clean Air Zone would apply to local roads (not motorways)

Greater Manchester’s long-awaited housing and jobs masterplan, the Greater Manchester Spatial Framework (GMSF) and with proposals for a regional Clean Air Zone, will go out for consultation later this year.

Both plans have been beset by delays since they were first announced, but there are hopes that they will be instrumental in the region’s recovery from Covid-19.

The GMSF, which has undergone several drafts since 2016, aims to set out what land can be developed to drive economic growth.

While the government has given the combined authority £81m to clear brownfield sites, there is still a chance that parts of the green belt will still be built on.

It has been stressed that protected land will only be used where absolutely necessary.

Greater Manchester mayor Andy Burnham said he wants to see less of it in the final plan but he could not confirm how much of the green belt will actually be included, and hinted that there will ‘no doubt still be difficult decisions’.

He told a press conference on Wednesday (22 July): “This is about re-establishing momentum around ambitions we have for a greener Greater Manchester.

“Why accelerate this now given the world has changed? It’s going to be a long time before we know the full effects of how this crisis is going to affect our economy.

“If we were to wait for that, we would be leaving the green belt unprotected for a long time.

“We’re not prepared to see unplanned development across Greater Manchester, it’s very important that we have a plan in place that puts us in a strong position to recover.”

A consultation on the latest version of the GMSF will be signed off by the combined authority on Friday 31 July.

The eight-week public consultation will take place in November following scrutiny by all of the local authorities.

Mr Burnham said: “I hope the Greater Manchester public will see we are trying our best to listen to what is being said and to come up with a plan that in the end people will find an acceptable compromise.”

It was also announced that the regional Clean Air Plan, which includes the largest Clean Air Zone in the UK, would go out for an eight-week consultation in October.

Buses, coaches, lorries, vans and taxis would be charged when entering the zone in a bid to reduce nitrogen dioxide emissions by 2024.

The combined authority has been criticised by environmental charity ClientEarth for missing several government deadlines to submit their final proposals.

Mr Burnham suggested that ClientEarth, which has successfully sued the government over its flawed air pollution plans in the past, should be working with regional leaders.

“This is a major undertaking that is going to require a lot of effort,” he said.

“ClientEarth need to realise that there will be people on the other side saying this goes too far, we’ve got try and find a proposal that takes everybody for us.”

Mr Burnham thinks the zone can get cross party consensus locally as long as the government provides the £110m needed to help businesses make the switch to cleaner vehicles.

He added: “If that support isn’t forthcoming there would be a risk of what people would see as a government clean air tax.

“This scheme is not about revenue raising, it’s not a congestion charge. If it’s to be successful it will raise no money because it will encourage everyone to change vehicles.”

The Federation of Small Businesses has branded the announcement that authorities in Greater Manchester will push ahead with the consultation process for a Clean Air Zone this autumn is ‘unwelcome’ and ‘totally the wrong time’.

FSB Development Manager for GM, Robert Downes, said: “This is going to feel like a real kick in the teeth for many businesses already fighting for their survival as a result of the coronavirus pandemic. Most are totally focused on just getting through the next six to 12 months – which I might add also includes Brexit in January – without another existential threat to deal with.

“This is something the Combined Authority and local authorities should be putting back well in to next year, once businesses will be much more aware of the new landscape they are working in - post-Covid and post-Brexit. Yes, let’s build back greener – no one would argue with that - but let’s not rush it and get it spectacularly wrong.

“The announcement is very unwelcome and totally the wrong time to throw something like this back in to the mix.”

He added: “Data from pollution modelling carried out two summers ago around where the air quality issues were most pronounced in GM will almost certainly be totally out of date for the UK we will find ourselves in today. We just don’t know enough about how people’s working patterns and business trends will change to forge ahead with this scheme in its current format, using old data long pre-dating Covid.

“There’s also a question mark over funding. The Government has only committed to a fraction of the cash GM says it needs to put in place schemes needed to help businesses transition to cleaner vehicles. Should the approach not be wait for the Government to be honest about the type of financial support they can realistically offer, before we rush headlong into a scheme as potentially damaging to business as this will be if that funding isn’t in place?

“This needs to go back to the drawing board.”