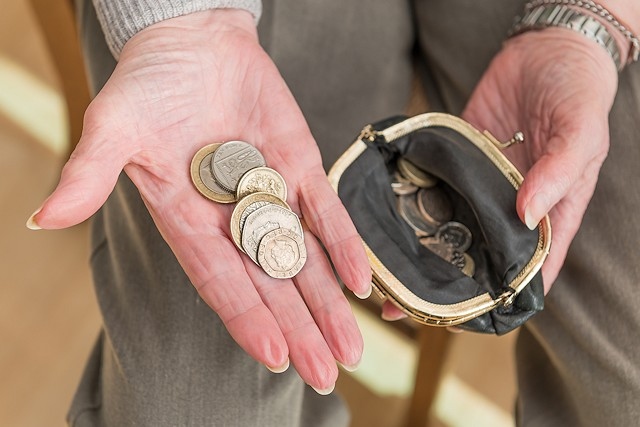 Over 25,000 people in the Rochdale borough are now receiving Universal Credit support, according to the latest official figures.

The latest stats out this week show 5.6 million people in Great Britain are claiming Universal Credit as of 9 July 2020, an increase of 2% from 11 June 2020.

The numbers claiming Universal Credit do not necessarily indicate a corresponding rise in unemployment; the benefit is designed in such a way to adapt to changing circumstances - it tops up income if earnings drop, so not every new claimant will have lost their job or be fully unemployed.

The latest stats are for all people claiming Universal Credit, not just those who are unemployed.

Universal Credit is a monthly payment to help with living costs. You may be able to get it if you're on a low income, out of work or you cannot work. It replaces Child Tax Credit, Housing Benefit, Income Support, income-based Jobseeker’s Allowance (JSA), income-related Employment and Support Allowance (ESA), and Working Tax Credit.

Six months ago, the number was significantly lower, with 13,734 people in the Rochdale borough receiving Universal Credit support in December 2019:

The latest figures for the North West show the employment rate is 76.2% - whilst the unemployment rate is 3.5% (lower than the UK average of 3.9%) and a record low for the region (since comparable records began) - down 0.5% on the quarter and down 0.8% on the year.

Jenny Stanton, Department of Work and Pensions, said: “Our jobcentre work coaches are working hard to support all people claiming universal credit during these unprecedented times, including at Rochdale job centre.

“I’m sure a lot of people have been really deflated and unsure of what the future holds recently, but we want to give people the confidence back that despite the disruption caused by the coronavirus outbreak, there are still jobs out there.

“We are doubling the number of frontline work coaches in job centres to 27,000 by March 2021 to support people looking for work, including helping them pivot into new sectors and making sure they access any additional support they need such as training and work experience.

“For example, Rochdale Jobcentre are working with KFC which sits on the latest Sandbrook development and has a new restaurant opening in four weeks. This has created jobs for local people with roles such as food prep, front of house and kitchen staff being recruited across three key shifts.

“Through this jointly managed recruitment, 13 JCP Employer Advisors customers are now on their induction training, in preparation for the restaurant opening. JCP will be working closely with KFC over the coming months to support with any future recruitment plans as business needs are assessed.

Minister for Employment, Mims Davies MP, said: “This week’s figures show more of the impact the virus is having on our labour market and many people will be understandably concerned about the future - which is why we’ve set out our Plan for Jobs, to protect, create and support jobs as we build back our economy.

“Looking to the future, next month we’re launching the £2billion Kickstart scheme for young people, increasing access to tailored job support by doubling the number of work coaches across the UK and we are boosting the Flexible Support Fund by £150m to provide localised employment support.”