Cancer patient from Milnrow to build Old Trafford from LEGO 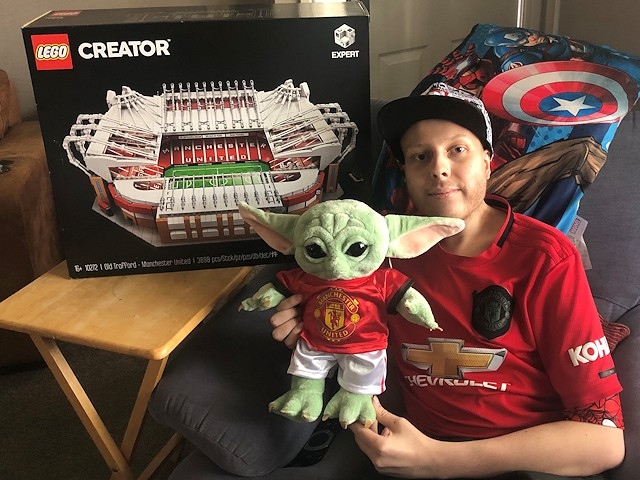 Man Utd fan Hamish Graham has pledged to build a LEGO replica of the Old Trafford stadium for charity while undergoing cancer treatment.

After being diagnosed with acute lymphoblastic leukaemia, the 25-year-old, from Milnrow, says he’s been inspired to do something positive by his hero Marcus Rashford.

The diagnosis is particularly cruel for Hamish as he overcame a brain tumour when he was seven but he refuses to feel sorry for himself and has resolved to raise at least £5,000 for the Teenage Cancer Trust by building Old Trafford stadium out of 3,898 pieces of LEGO.

He said: “When I was in isolation at the Christie Hospital undergoing chemotherapy treatment I watched Marcus Rashford’s campaign for free school dinners and decided something positive had to come out of this experience.

“I’m a big Man Utd fan and I can’t go to Old Trafford for obvious reasons so I thought I’ll do the next best thing – I’ll make my very own Theatre of Dreams out of a LEGO kit and raise money for charity.”

Hamish, who works at the Odeon cinema at the Trafford Centre, was diagnosed with a brain tumour when he was seven and was treated at Pendlebury Children’s Hospital, where he underwent surgery, radiotherapy and 18 months of chemotherapy.

Having beaten cancer once he was diagnosed with acute lymphoblastic leukaemia after taking ill during the lockdown.

He explained: “After 17 years I wasn’t worried about cancer. During the lockdown my mum (Sarah) and I were competing to see who could put on the least amount of weight.

“During the lockdown we used to walk a lot and keep active but my mum couldn’t work out why my weight was falling while hers was going up.

“One day I collapsed while walking. My mum asked the GP to do a blood test and said the last time I was this ill I had a brain tumour.”

Within a few hours of the blood test Hamish was admitted to The Royal Oldham Hospital for a blood transfusion and was given the bombshell news that he had cancer.

“I thought ‘oh no, not again,” recalled Hamish. “There’s never a good time to get cancer but during Covid was especially difficult.” 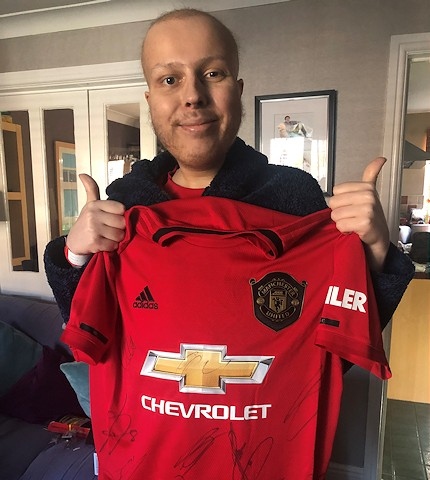 He had to spend the next six weeks in isolation in the young oncology unit at the Christie Hospital with only his mum for company.

Sarah said: “Being told your child has cancer not once but twice is every parent’s worst nightmare. That day they told me I didn’t think I would be able to cope.

“Outwardly I was calm and smiling and reassuring Hamish but inside I was in bits mentally and just wanted to throw up all the time. Because it had been 17 years since the last time you believe it won’t be coming back.

“While we were in hospital Hamish was able to follow the progress of his hero Marcus Rashford’s school meals campaign. This motivated Hamish to want to make a difference.

“His attitude was he’s beaten cancer once and he can do it again. While he was in hospital he decided he wanted to write a book about his life in the hope it would inspire other young people facing cancer.

“We started to put notes together whilst we isolated in the room. He said he wanted to make sure other kids weren’t as lonely as he was.

“We’ve always been close but those six weeks brought us closer together. We had very honest and frank conversations about everything and anything. It helped us come up with a plan to get through this - including writing a book and fundraising.”

Hamish returned home last week for his 25th birthday and started working on his plan to raise money for Teenage Cancer Trust.

“Teenage Cancer Trust helps teenagers and young adults with cancer,” he said. “I’ve seen first-hand the work they do during my stay at the Christie Hospital

Sarah added: “We needed a challenge he was physically able to do without time pressure and do safely whilst shielding at home from Covid-19.

“He’s a massive Man Utd fan and decided he could take on the challenge of building the Old Trafford stadium using LEGO. There are nearly 4,000 pieces so he’ll be working on it in between his treatment.

“As an added incentive to donate I’ve set myself my own challenge to lose the weight I managed to put on during lockdown and the isolation in hospital. Hamish will be raising pounds and I’ll be losing them hopefully.”

Hamish launched a JustGiving page and expected it to take a year to reach his target of £5,000 - but reached it in a week.

He’s now increased the target to £10,000 and has other fundraising initiatives planned.

“Hamish and I are naturally positive people,” said his mum. “We always try and look at the good and not focus on the bad. We work with whatever we have and try not to worry about all the bits we can’t control. We have started making plans for what we are going to do when he’s finished treatment.”

Hamish has just finished his second cycle of intensive chemo and has four more cycles left followed by three years’ of maintenance chemo.

For more details go to: