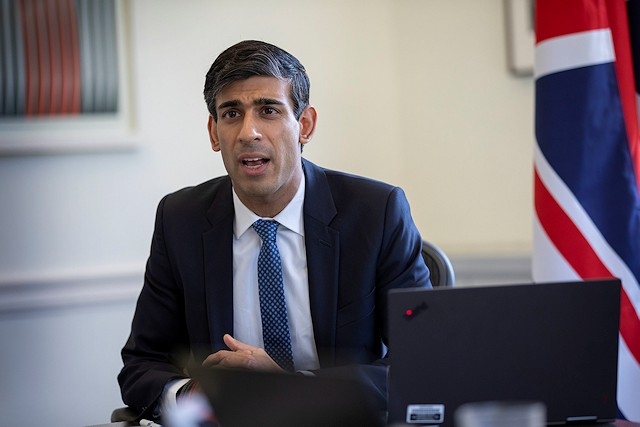 This is in addition to the funding agreements being reached with regions and local authorities in Tier 3 (very high alert level), with extra support for businesses and jobs.

Mr Sunak said: “I’ve always said that we must be ready to adapt our financial support as the situation evolves, and that is what we are doing today. These changes mean that our support will reach many more people and protect many more jobs.

“I know that the introduction of further restrictions has left many people worried for themselves, their families and communities. I hope the government’s stepped-up support can be part of the country pulling together in the coming months.”

Following a question in parliament from Rochdale MP Tony Lloyd, asking if the new Tier 2 grants for Greater Manchester would go back to the beginning of the local lockdown on 31 July – not just from the formalisation of the tier system just a few weeks ago – Mr Sunak confirmed that business support would be backdated.

He replied: “We will backdate the grants through to the beginning of August as required and that will benefit many local businesses in Greater Manchester.”

Responding to the announcement of a new business grant scheme to be distributed by councils, Councillor Richard Watts, Chair of the Local Government Association’s Resources Board, said: “It is councils who are leading local efforts to support communities and businesses through this crisis.

“This includes distributing more than £11 billion to 880,000 small businesses through the previous grant scheme earlier this year. This has been a vital lifeline to businesses struggling and worried about the future, so it is good that government has announced this new scheme.

“Councils stand ready to work again to distribute this new funding. It is good that they will have flexibility to ensure as many businesses can benefit as possible.”

When originally announced, the JSS – which will come into effect on 1 November – saw employers paying a third of their employees’ wages for hours not worked, and required employers to be working 33% of their normal hours.

Today’s announcement reduces the employer contribution to those unworked hours to just 5%, and reduces the minimum hours requirements to 20%, so those working just one day a week will be eligible.

That means that if someone was being paid £587 for their unworked hours, the government would be contributing £543 and their employer only £44.

Employers will continue to receive the £1,000 Job Retention Bonus.

Today’s announcement increases the amount of profits covered by the next grant for self-employed people from 20 per cent to 40 per cent, meaning the maximum grant will increase from £1,875 to £3,750.

A further grant covering February to April will be available to the self-employed next year but the percentage of profits to be paid in this grant has not yet been confirmed.

The Chancellor has also announced approved additional funding to support cash grants of up to £2,100 per month primarily for businesses in the hospitality, accommodation and leisure sector who may be adversely impacted by the restrictions in Tier 2 (high alert level) areas.

These grants will be available retrospectively for areas who have already been subject to restrictions, and come on top of higher levels of additional business support for local authorities moving into Tier 3.

These grants could benefit around 150,000 businesses in England, including hotels, restaurants, B&Bs and many more who aren’t legally required to close but have been adversely affected by local restrictions nonetheless.

Additional funding will be given to local authorities in Tier 2 (high alert level) areas, based on the number of hospitality, hotel, B&B, and leisure businesses in the area.

Councils will receive a funding amount based on the rateable value of a property, plus a 5% top up amount.

It will be up to Local Authorities to determine which businesses are eligible for grant funding in their local areas, and what precise funding to allocate to each business.

Businesses in Tier 3 (very high alert) level areas will qualify for greater support whether closed (up to £3,000 per month) or open.

The business grants scheme will initially run until April, with a review point in January.