You are Here: Home » News » News Headlines » Residents evacuated due to mattress fire in flat at College Bank

Residents evacuated due to mattress fire in flat at College Bank 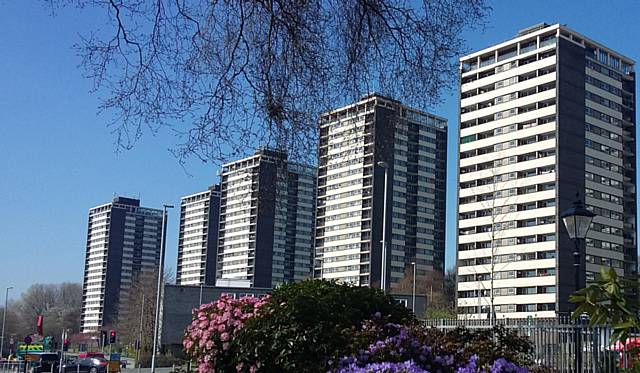 A fire on the ground floor of Town Mill Brow, College Bank Way, was prevented from spreading after being discovered by Rochdale Boroughwide Housing’s ‘waking watch’ during the early hours of Tuesday morning (27 October).

The fire was discovered at 2.46am by the ‘waking watch’ which promptly rang the fire service and RBH.

Residents of the ground floor up to the fifth floor of the block were evacuated during the incident as a precaution. No injuries have been reported.

Firefighters from Heywood and Rochdale were on scene for around two hours and 15 minutes whilst they tackled the blaze, which involved a mattress.

A spokesperson for RBH said: "In the early hours of Tuesday 27 October, the waking watch alerted the Fire Service to a fire on the ground floor of Town Mill Brow. In line with our evacuation procedure, residents on the floor affected and the floor above were temporarily evacuated as a precaution.

"Under the guidance of the attending fire officer in charge of the scene, the second, third, fourth, and fifth floors were also temporarily evacuated as a further precaution.

"We are glad that the fire was contained with no injuries and our teams are arranging welfare follow-up calls to those who were temporarily evacuated."

Last month, Rochdale Boroughwide Housing (RBH), hired a specialist firm to conduct a ‘waking watch’ as a precaution, operating ‘round-the-clock’ and quickly alerting residents, the emergency services and RBH itself in the event of a fire.

Standard advice to residents has been to ‘stay put’ in the event of a blaze, to prevent tenants being overcome by smoke and allowing firefighters to deal with incidents quickly and safely.

But due to the serious structural problems, this has changed to ‘get out’ at College Bank for residents who become aware of a fire on the same floor.