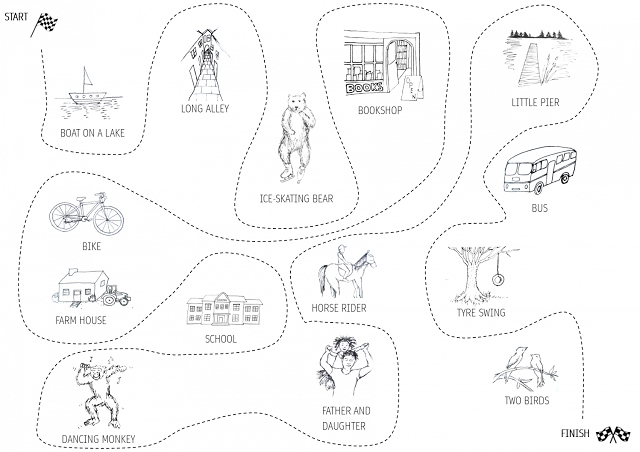 People are asked to follow the directions in the graphic and send over the clip to the Manchester Voices hub, describing the route from ‘start’ to ‘finish’ around lots of different objects

Linguistic experts at Manchester Metropolitan University have set up a project exploring the rich tapestry of accents and dialect in Greater Manchester.

The project, known as Manchester Voices, aims to get a detailed picture of how people use language across the ten boroughs of the region, which accent features are shared by lots of different people, and which might be unique to one particular region or demographic.

Whether you say 'bus' or 'buz', or profoundly use glottal stops (dropping your t's from a word like 'water' or 'little'), residents are asked to record their voices, following a specific set of directions, before sending the clip into the project.

The recordings will help experts to identify which linguistic features are shared across the region, and those that are unique to specific areas, as well as how different ways people speak are influenced by factors like age, gender and ethnicity.

Dr Dann, Research Associate said: “Which Greater Manchester accents are the most friendly sounding? And which are the most posh sounding?

“This is only possible due to the generosity of Greater Manchester residents submitting their recordings to us, and we are hugely appreciative of everyone that gets involved and helps out.”

Following a successful pilot project in 2016, the Manchester Voices team has been working to expand the project and make it bigger, better, and more wide reaching than ever before.

They are also collecting responses from people across the region on an online ‘dialect map’ where people can tell them where they think different accents and dialects originate, and their opinions on them.

Over winter, Greater Manchester schools will be taking part in an online podcasting competition, where pupils of all ages will make their own podcast episodes telling the Voices team about how they use language.

As the project develops, Manchester Voices will be offering workshops to schools and community groups about language and identity.

This will all culminate in a permanent installation at Manchester Central Library, celebrating the diversity of language in the city and will include audio and video clips from the Accent Van tour, an interactive dialect map, and an archive of original voices.

To take part, record your voice following the directions in the graphic accompanying this article, and send the clip to: https://www.manchestervoices.org/submit-your-voice/