You are Here: Home » News » News Headlines » Three men arrested across Greater Manchester on suspicion of firearm and drug offences 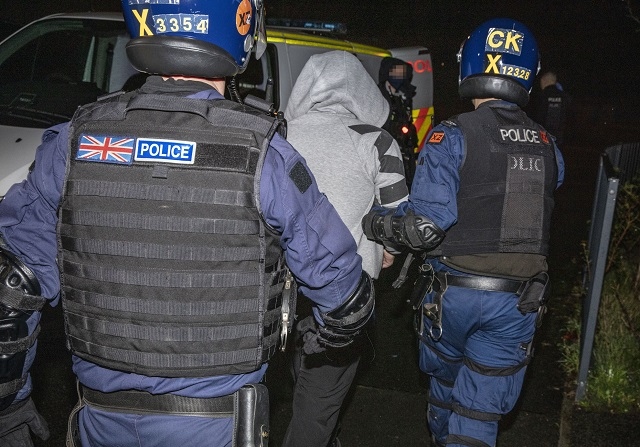 The arrests took place during raids at addresses in Heywood (pictured), Chadderton, Miles Platting and Blackley

Three men have been arrested after warrants were executed earlier this morning (Thursday 3 December) at addresses in Heywood, Manchester and Oldham.

All three men – aged 31, 34 and 36 – are being held in custody on suspicion of firearm and drug offences.

The arrests took place during raids at addresses in Heywood, Chadderton, Miles Platting and Blackley.

The action forms part of Operation Foam – the GMP strand of the NCA-led Operation Venetic - which has seen law enforcement agencies across the UK join together in order to breakthrough a highly sophisticated encrypted global communication service, which was being used by organised crime groups.

During the searches this morning, officers seized electronic devices, cash and a quantity of drugs, which will be examined and used in evidence.

“We currently have three men in custody which serves as testament to the hard work and dedication of the officers involved in the operation."

“GMP is dedicated to ensuring our communities are kept safe and today’s result is another step forward in this mission. Organised criminal activity can not only have a devastating impact on individual lives but it can blight communities and GMP, alongside specialist agencies, will continue to disrupt and dismantle this activity.”

Anyone with information should contact Challenger Manchester on 0161 856 3933. Alternatively, details can be passed on anonymously via the independent charity Crimestoppers on 0800 555 111.