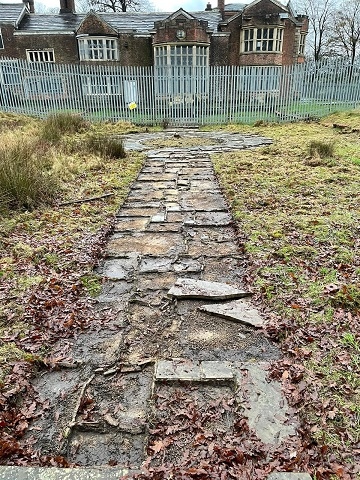 A reward is being offered for information leading to the return of thousands of pounds’ worth of historic York flagstones which have been stolen from the Hopwood Hall Estate in Middleton.

Around 50 flagstones were been taken from the 12th century manor’s rose garden earlier this month (1 December) – a heritage crime which carries harsher sentencing due to the impact of damage or vandalism to national heritage assets such as listed buildings like Hopwood Hall.

The guidelines came into place in October 2019, and is the first time English and Welsh courts can take the damage caused into account during sentencing.

The theft of the stones, which date back centuries, comes as the 'Friends of Hopwood Hall Estate' have been working diligently to clear and prepare the historic family gardens and surrounding areas for renovation.

An investigation is underway and no arrests have yet been made.

Constable Stuart Ockwell, of GMP's Rochdale division, said: "This theft is significant, not just because of the financial value of the property that has been stolen, but also due to its historic meaning to the people of Middleton and beyond.

"These stones were almost certainly originally laid by great-grandparents of current Middleton residents and therefore is of particular significance.

"This is not an isolated incident as several historical locations within the Middleton area have also been targeted, and enquiries into those incidents are ongoing.

"We are keen to hear from anyone who may have information about this incident so that we are able to bring to justice those responsible for this utterly insensitive and inconsiderate crime."

Other historical locations in Middleton have also been recently targeted by flagstone thieves, including the Grade-I listed St Leonard’s Church and the Grade-II Olde Boar’s Head.

St Leonard’s church is over 1,000 years old, dating back to the Dark Ages, whilst The Olde Boar’s Head is understood to be the longest trading public house in the UK, having been trading continuously since 1632. It is said to have given refuge to Bonny Prince Charlie in 1745, and notorious highwayman Dick Turpin is said to have stopped off there on his way to his execution in York. 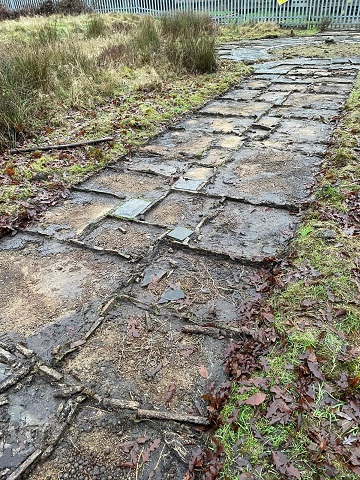 Both the church and the pub were targeted on the same night in November 2020, with police treating all three incidents as linked.

A representative from the church said the act was “disappointing” – particularly as the church has been targeted before.

Hopwood DePree, who has been restoring the hall, said: “I am very upset about the theft of the flagstones; it is shocking and appalling that someone would have such disregard for the heritage of the community.

“We are working closely with the police, council and college to track down the thieves through security footage and tips. We will catch them.

“If the thieves return the flagstones to us, then it may help reduce their punishment.”

Hopwood continued: “Due to the current Covid situation, there has been less foot traffic so the thieves crept in. It is unfortunate and sad that someone would take advantage of a bad situation for their own personal gain. The amount of money someone could sell the stones for is a fraction of the cost of what it would be to replace them, not to mention there is a sentimental and historical link to the original stones which makes this a tragedy.

“Anyone with details about the theft or the whereabouts of the stones can contact us and their identity will remain confidential.”