You are Here: Home » News » News Headlines » Sign Along With Us Britain's Got Talent audition is one of the top 10 most viewed YouTube videos in 2020 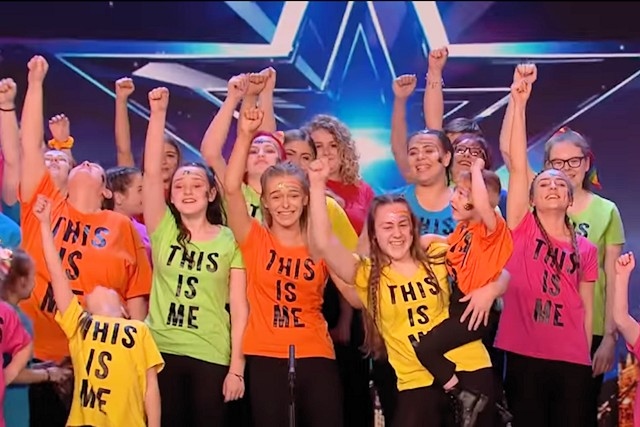 Their audition earned them the coveted golden buzzer during the Britain’s Got Talent auditions earlier this year.

And now, the video of Britain’s Got Talent’s runners-up Sign Along With Us (with Rochdale Music Service Youth Choir) performing their signature song ‘This Is Me’ has been named as one of YouTube’s top 10 trending videos in 2020, having been the eighth most watched with over 25 million views.

The sign language champions and their message of inclusivity impressed judges at the auditions back in April with their emotional rendition of ‘This Is Me’ from The Greatest Showman, before being chosen as a final act by the public in the third semi-final and placing second in the final.

Jade and Christian Kilduff, of Heywood, who started the group in 2019, were joined on the final stage by other local children and adults, backed by the Rochdale Music Service Youth Choir.

It was with Christian, five, in mind that Jade started Sign Along With Us, teaching Makaton sign language so she could communicate with her little brother who has cerebral palsy. This grew and Jade began offering free signing classes to other local children and their families, to improve the lives of those with disabilities.

After learning ‘This Is Me’ from The Greatest Showman – their unofficial motto – the Sign Along With Us group auditioned for – and ultimately placed second – in this year’s series of Britain’s Got Talent.