You are Here: Home » News » News Headlines » 2020 one of warmest years on record for Greater Manchester

2020 one of warmest years on record for Greater Manchester 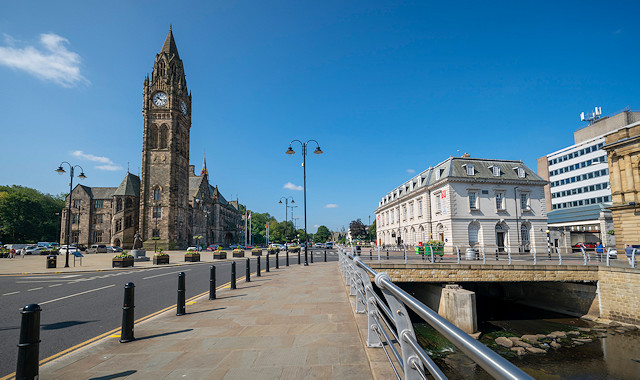 Rochdale town centre on a clear and sunny day

The region also saw its sunniest and third warmest April, only exceeded by 2011 and 2007, plus the sunniest spring on record.

Over the year, Greater Manchester had the fourth lowest number of air frost days, exceeded only by 2002, 2014 and 1974. An air frost occurs when the air temperature falls to or below the freezing point of water.

Overall, the mean temperature of Greater Manchester came in at 10.37 Celsius, just below England’s average of 10.58.

Nationally, the figures paint a similar picture as 2020 ranked in the top ten years for mean temperature, rainfall, and sunshine.

It was also provisionally the sixth wettest year for the UK in records back to 1862, and the eighth sunniest year since 1919.

Professor Peter Stott, a Met Office research Fellow in climate change attribution, said: “All top-ten warmest years on record for the UK have occurred since 2002, and 2020 has continued to be consistent with this pattern.

“The general trend of warming as a consequence of climate change is clearly to be seen, not just at a global level, but in our own national temperature records too.”