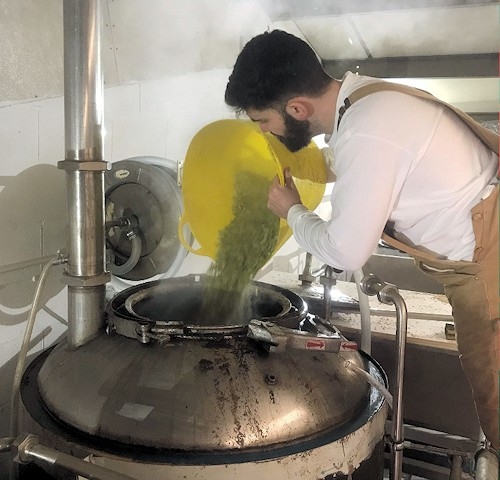 The fledgling operation took home both the ‘Best New Brewery’ and overall ‘Best Brewery’ rosettes for Lancashire at the RateBeer.com awards, recognising the overall quality and success of an operation that has been around for just 18 months.

The independent brewery, owned and run by Andy Morrison, 27, was set up in July 2019 and operates from the Mighty Medicine brewery premises in Whitworth.

Despite its newness to the scene, Strata has quickly built a loyal fanbase, with brews such as ‘Vaalbara’ - an award-winner in its own right, named Best Beer at the 2019 Bury Beer Festival - and ‘Fram’ among the most popular of its numerous craft ales.

A consumer-driven website where craft beer enthusiasts go to share their opinions, reviews and ratings, RateBeer.com is seen as a genuine measure of beer quality and popularity.

Mr Morrison, who has been brewing professionally since 2016, said: “I am absolutely delighted to receive both of these prestigious awards, both of which are recognition of all the hard work that has gone into producing a quality product.

“It’s so gratifying to know that punters are rating our beer highly and are prepared to offer it such great scores and reviews on RateBeer.com. It’s an independent consumer-driven website that is populated by genuine beer enthusiasts - and there is no greater judge of what you’re doing than that.”

The brewery derives its name from Mr Morrison’s own professional experience; he trained as a geologist before focusing his attention on developing his award-winning ales.

He said: “The Strata name and themes running through the branding come from my background in geology and love of the outdoors. This makes Whitworth’s location, set amongst the foothills of the Pennines, the perfect backdrop for the brewery.”

Like many businesses affected by Covid-19, Strata has adjusted its approach to operate in the pandemic. With trade business drastically cut; customers can place orders online with free home delivery to customers in the Rossendale area.

Mr Morrison said: “The focus of Strata is to produce contemporary ‘hop forward’ cask beers. Cask is what first got me into beer and brewing so it has always remained at the heart of what Strata does and has formed a real bedrock of the beers I have produced.

“Strata’s cask beer has proven to be really popular so it’s been great to ride that wave, but I’ve been producing keg beer, too, and it’s been really rewarding and exciting to have the opportunity to experiment with lots of different styles including sours and mixed fermentation, which is something I will be exploring in the near future.”