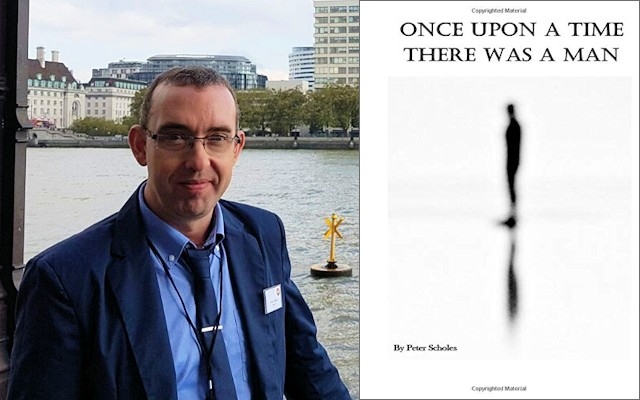 ‘Once Upon A Time There Was A Man’ is the second novel by author Peter Scholes - and it features none other than local landmarks in Rochdale.

Recently released through a self-published route, the book follows the journey of private investigator Paul Brunskill, who on an assignment to find a man, visits places around Britain (including Rochdale), Europe, and even ventures to America meeting people full of character.

However, it becomes evident as the story unfolds that the person he is tasked to find ‘was no ordinary man’ and ‘the job was to take him on a mission like none he had ever embarked on before…’

46-year-old Peter, who was born and bred in Carlisle, Cumbria said: “As a Carlisle United supporter, I have found myself at Spotland stadium many times over the years and I have an affection for Rochdale from my many visits there - in particular, the local chippy, the nearby pubs, and Denehurst Park.

“I chose Rochdale for no other reasons than having a soft spot for the place. There has been enough negative press in the past few years, and I wanted to portray the area in a different way.

“This is my second full novel, but I have also written a lot of short stories, plays, poems, children's books and educational resources. Although I write for pleasure, I would love to see my books reach a bigger audience and attract the attention of an agent and publisher. I think this latest book could be the one to do so… I can dream!”

To date, Once Upon A Time There Was A Man has received all 5-star reviews on Amazon for its ‘originality, intrigue, and quality writing’, with some commenting it is ‘a thrilling read on so many levels’ and an ‘absolute page-turner from beginning to end, full of exciting and unexpected twists and turns’.

Peter added: “The idea for this book came from the simple notion that every person is special, no matter of status, fame, or wealth. I wanted to show that anybody - no matter how ordinary - can live an extraordinary life, and influence, help and inspire others. I want the reader to finish it and think, "Bloody hell, that could be me!" or "I can do that."

"I think people underestimate themselves and I think this book is a real feel-good story to show people just how special they can be. The characters are all normal people with flaws and faults, but they are easy to warm to because of that, I hope. I also wanted to keep the reader guessing until the very end. A slow build-up of suspense throughout with every emotion thrown in for good measure.”

Once Upon A Time There Was A Man is currently sold on Amazon and is available in paperback or to download as an eBook on Kindle devices.