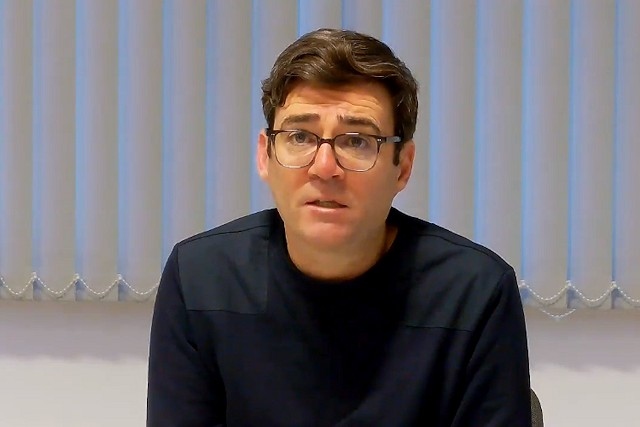 The combined authority agreed that increasing the precept would place a burden on people already struggling through the Covid-19 pandemic.

Council tax set by local authorities is already expected to rise in the coming years, as councils try to keep vital services like adult social care afloat despite the impact of Covid.

But the mayoral precept, which partly funds the fire service and other Greater Manchester-level purposes like rough sleeping support and free bus passes for young people, will stay the same for the 2021/22 financial year.

Andy Burnham proposed to keep the mayoral precept for Band B and Band D properties at £70.73 and £90.95 respectively.

Speaking in December the mayor said: “This has been a very difficult year for everyone in Greater Manchester.

“Many people will have lost their jobs or had significantly reduced income and will be uncertain about their futures.

“Now is not the time for me to be adding to their financial worries.”

The mayoral precept forms part of the overall budget set by Mr Burnham for the GMCA which includes funding for transport infrastructure, capital projects and waste management.

Last month the regional police and crime panel agreed to increase the policing precept, which partly funds Greater Manchester Police, by up to £10 instead of £15 as originally planned.

Read more: Policing element of council tax to increase by up to £10Published: 02 February 2021

Mr Burnham and his colleagues also used the budget-setting process for the GMCA to make the case for the government to provide more money to councils during the pandemic.

Some local authorities have avoided huge shortfalls – such as the £100m expected in Manchester – thanks to a ‘better than expected’ government settlement.

Leaders were unanimous in saying that the one-off grants would not go far enough and offered them no way of planning for the future.