You are Here: Home » News » News Headlines » Young man plagued with health issues challenges himself to a 100km fundraiser for MIND 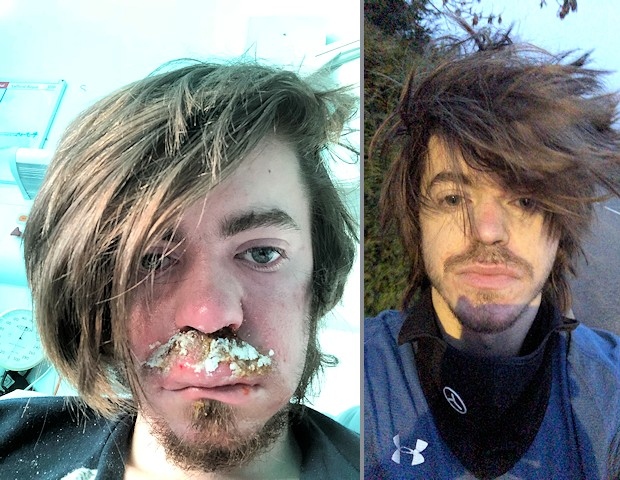 A young man who has been plagued with multiple health issues for years has decided to run 100km and give back to the people that ‘essentially saved’ his life.

Harry MacGill, 23, plans to complete the 100km running challenge - equivalent to 62.2 miles – by 26 June, all in aid of the mental health charity MIND.

Rochdale resident Harry first found he had health issues in high school, being diagnosed with Crohn’s disease at 14 and arthritis shortly after. As a result, he missed half of his school year to rehabilitate and recover.

“I could barely stand at the time,” Harry writes on his GoFundMe page. “The pain in my stomach was unbearable.

“My arthritis got so bad at times that I could not move a muscle in my body without screaming in agony.”

Through heavy medication, Harry was able to return to school and even went one step further to finish his education up to A levels.

“Once I left school, I figured I could focus on my health and everything would only get better. It turned out to be completely the opposite.”

Harry kicked off his 18th birthday in hospital with plaque psoriasis [a condition that causes red and crusty patches of skin], describing how his whole body felt like it was ‘burning and on fire’.

“I was frozen in bed for 14 hours. I felt so mentally checked out at the thought of going back into hospital.

“All of my skin would shed every day. It was a much harder process to go through than my previous admissions for my stomach as you can hide stomach issues, you can never hide your skin head to toe being severely inflamed.”

In an attempt to try and treat the inflammation, hospital staff would regularly cover every inch of Harry’s body in coal tar, a battle he faced until he turned 21 – another birthday that would be spent in hospital.

At this point, Harry was told half of his stomach needed to removed.

He continues: “My Crohn's which had stayed inflamed since I left school began to become a real problem. I was diagnosed with sepsis multiple times because of it, and it took many surgeries and efforts from all the staff at Salford Royal to save my life and keep me going.

“I was six stone at the time; the sepsis would not allow me to gain any weight, making the surgeries very risky.

“I remember waking up on the recovery table as the worst experience of my life. I was in an insurmountable amount of pain. I remember hearing the anaesthetist come to check on me and with all the strength I had I made sure to grab his hand and beg for him to put me back to sleep.”

“Unable to even sit up, I would cry and plead for my dad to take me home and assist me in taking my own life.

“I would have to wait until 2am, where it would be pitch black, with no light coming through the window, just to use the bathroom. I knew that if I could see my own reflection in the bathroom mirror from the light coming in, dark thoughts would pursue, and I would not be able to make it through the day.”

Harry wanted to give back to the people that ‘essentially saved’ his life during his dark patch, and hopes that through donations to the MIND charity, funds can be used to assist children that are in a similar position to what he was in.

“I want to run the 100km to give back to Salford Royal Hospital and every surgeon, anaesthetist, nurse, doctor, mental health worker and social worker that essentially saved my life.

“So many of them went out of their way for me; one for example came in to visit me on Christmas Eve to help with remedies to allow me to go home on Christmas Day and spend time with my family.”

A newbie to running, Harry only picked up the hobby after all his hospital admissions, helping him to free his mind and escape from dark thoughts.

“Training is easy as I enjoy running. The only annoying parts are the limitations and walls you sometimes encounter, but that is just a nice reminder that what you are doing is a challenge.”

You can donate to Harry’s cause via his dedicated GoFundMe page: