You are Here: Home » News » News Headlines » Williams BMW Rochdale Half Marathon and 10K to go ahead in October 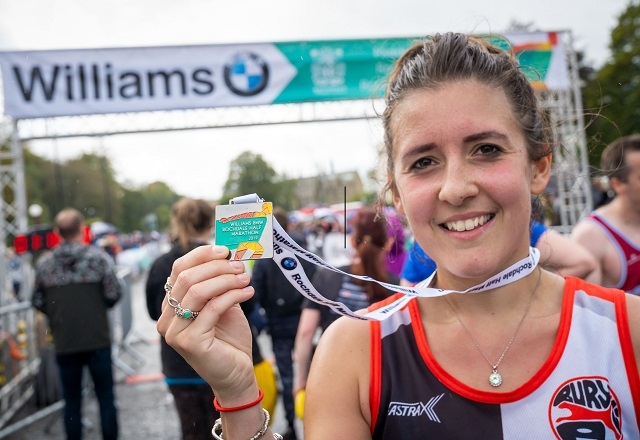 Need more motivation to sign up for October’s Williams BMW Rochdale Half Marathon and 10K? A prize fund of more than £3,000 is on offer.

The event will see the first five male and first five female runners in the half marathon and 10K awarded prizes, plus eight age category winners will receive prizes.

Top prizes for the male and female winners of the half marathon are £120 of vouchers for nationwide running store ‘Up and Running.’ Second place wins £100 of vouchers, while third gets £80, fourth £60 and fifth £50.

There are two club team prizes up for grabs of £120 and £60 prizes plus commemorative shields for the first and second non-club teams. These are in addition to 16 age category prizes in the half marathon and 10K.

Councillor Sue Smith, cabinet member for communities and co-operation at Rochdale Borough Council said: “We’re putting a lot of hard work into this event and I’m very pleased to see it back on the calendar. The last year has been extremely challenging, not least for local good causes and charities so I hope more entrants than ever will take the opportunity to run for the charity of their choice. These prizes should encourage even more people to take part, and after a year out I believe this year’s event will live long in everyone’s memory. We’ll ensure participants can enjoy it all in a safe and happy environment.”

Races start and finish on The Esplanade in Rochdale town centre on Sunday 3 October. They will be chip-timed on fully-marshalled traffic-free courses, with a technical t-shirt and medal handed out to finishers.

Since 2015 over 5,800 people have taken part in the event, which takes in town and picturesque countryside scenes like Hollingworth Lake. The courses are relatively flat too so great for personal bests.

The half marathon leaves the town hall along the Esplanade and runs the edge of Broadfield Park, before heading through to Rochdale Canal at Oldham Road Basin. The route then heads past Kingsway Business Park and Smithy Bridge along the canal. Close to the Waterside Restaurant the route leaves the tow path and heads up Hollingworth Road towards Hollingworth Lake, making a clockwise loop of the lake. It then returns down Hollingworth Road and back on to the canal. The race retraces its outward route from the town hall until it reaches Broadfield Park, where runners will go through the park before re-joining The Esplanade for the final sprint to the finish line.

Places for this year’s fun run are released on 14 June.