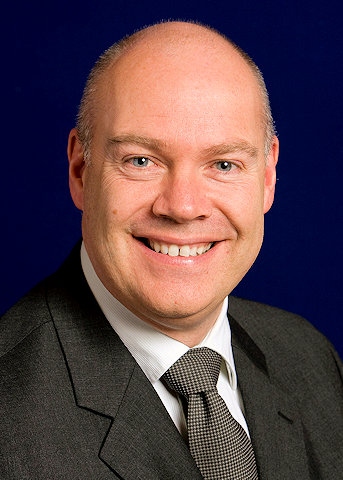 Councillor John Taylor has written to the Minister for Transport, Chief Constable of GMP and the Mayor of Greater Manchester, outlining concerns about the local occurrence of dangerous driving.

The letter, sent to Grant Shapps, Andy Burnham and Stephen Watson on Thursday (10 June), asks for an urgent review of the criteria for the use of speed cameras and traffic light cameras on the A58 Halifax Road as there has been “a marked deterioration in driving standards on our roads and a dramatic increase in dangerous driving, excessive speed and failing to comply with red traffic lights.”

The Wardle and West Littleborough ward councillor points out that whilst “far too many collisions” occur on the road, officially, “very few collisions take place” as only personal injury accidents are recorded.

He said: “I know from local knowledge that far too many collisions occur on this road, yet official statistics tell a different story as only personal injury accidents are recorded. Officially very few collisions take place there, which is a complete nonsense. Try telling that to the residents whose vehicles are damaged or garden walls destroyed.”

Councillor Taylor says the roads have become “a racing track for a minority of drivers whose total disregard for the safety of others is completely unacceptable.”

He added that he has had numerous conversations with highways officers, who have acknowledged a “deterioration in driving standards” and believe more speed cameras are the solution: “Unfortunately, they also advise how a lack of data and fatal accidents means our roads do not meet the threshold for this to happen. This cannot be right, surely a better way of working is to identify a problem and do something about it?”

Prior to lockdown Councillor Taylor presented a universally supported motion to council for road safety to be addressed locally and some work did start.

He continued: “However, it was clear to me how this issue requires intervention at a significantly higher level. Without the support of Ministerial, Mayoral and Chief Constable level I fear local interventions will always lack any meaningful impact.

“We live in a data-collecting society where everything is fastidiously collated and analysed – yet road safety data and collision numbers are virtually non-existent.

“Prior to lockdown I had several meetings with local police commanders who shared my concerns and reacted very positively with a number of high profile and successful operations. I thank the police for their interventions but of course the impact of those operations is short lived.”

In his letter, Councillor Taylor draws a comparison with the A671, Market Street in Whitworth, saying that driving there feels safer as it is “littered with speed box cameras” which are “an effective deterrent.”

“I do feel we ought to have a level of driver standard scrutiny commensurate to that I see in the centre of Manchester. Drivers there are regularly prosecuted for driving in bus lanes or jumping red lights and that isn’t a criticism, it is a plea for more action to be taken locally.

“Much closer to home our immediate neighbours in Whitworth, are able to take a far more proactive approach... [the] A671 [Market Street] being littered with speed camera boxes, I don’t know how many actually have cameras inside but I do know they are an effective deterrent and driving there feels comparably safer. This approach begs the question – why can’t we do the same?”

He concluded: “Can I ask that the criteria for the use of speed cameras and traffic light cameras be reviewed as a matter of some urgency. I believe we have reached the point where the public would welcome robust monitoring and enforcement to achieve greater road safety.

“The prevalence of dangerous driving has undoubtedly increased and as we move towards the end of Covid restrictions this must receive the level of intervention required to address it properly.

“Road safety has understandably been put on the back burner for over twelve months but now is time to do something proactive about it.”

Rochdale's Superintendent Niall Hayden-Pawson said: "Greater Manchester Police (GMP) has been working closely with Councillor John Taylor to tackle the issue of road safety in the Rochdale area having set up a working group with Mr Taylor and partners to tackle the issues raised.

"As a force, GMP takes road safety seriously and has established a Safer Roads Targeting Team to focus on all aspects of road safety in Greater Manchester. This team has been deployed to Rochdale to undertaking speed enforcement on the A58, and will continue to do so as and when needed.

"Rochdale neighbourhood officers have also been trained in using speed enforcement equipment and are undertaking regular speed checks in the area to deter antisocial driving.

"We would like to encourage anyone with information or dash cam footage of antisocial driving to contact the police online through the GMP website here and these will be followed up and dealt with accordingly.

"We continue to work with Mr Taylor and partners on road safety to keep residents of Rochdale safe."

The Minister for Transport and the Mayor of Greater Manchester have also been contacted for comment.