You are Here: Home » News » News Headlines » Former soldier running between every league football ground for charity will finish at Crown Oil Arena this month 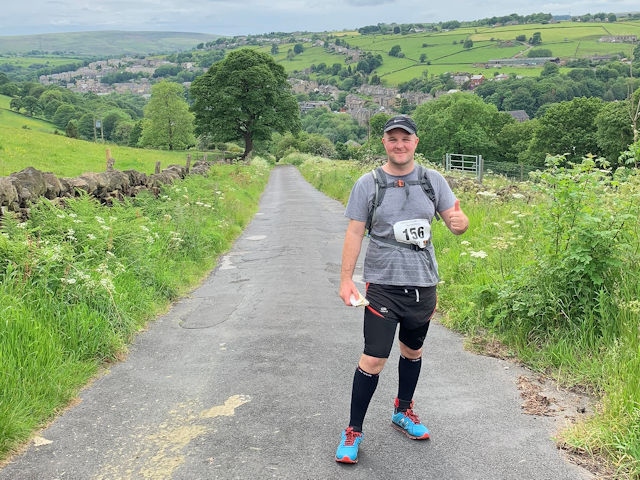 A former soldier who set himself an epic ‘run around the grounds’ charity challenge covering thousands of miles across England and Wales will finish in his hometown of Rochdale this month.

Running to every football league ground in all four divisions of the EFL - a staggering 92 football clubs in total - 29 year-old Nathan Richardson started the challenge at Old Trafford in March last year.

Currently residing in Sale, Nathan estimated it would take him six months to complete the challenge, but due to Covid-19 restrictions he will finish at Rochdale AFC’s Crown Oil Arena on Saturday 26 June.

Carrying all his kit and eating and sleeping wherever he can, Nathan is aiming to raise £100 for each ground he visits, for a total of £9,200.

All money raised from Nathan’s ambitious challenge will be donated to the mental health charity MIND, and The Joshua Wilson Brain Tumour Charity – also known as SuperJosh – which helps support children who have brain tumours or post-surgery disabilities and their families.

He has raised £5,669.45 so far via his dedicated Virgin Money Giving page.

“I started in March 2020, and I’ve had to stop three times due to lockdowns, but I am almost finished now,” said Nathan.

“I believe I’m the first person to complete this and on Saturday 26 June I will reach my 92nd ground out of 92, which is my hometown of Rochdale.”

The father-of-one took up running in January 2019 when he was struggling with his mental health, going on to run two marathons just a week apart that April in Manchester, and then Paris.

“I have saved up, left my job and put my life on hold to complete this epic challenge.

“It’s been tough but I’m looking forward to finishing now. I feel proud to have completed the challenge and raised money for two good causes.”

Supporters will greet Nathan at Rochdale AFC’s grounds on 26 June when he finishes the gruelling 2,500 miles, including the Mayor of Greater Manchester Andy Burnham, who was also there at the start of Nathan’s challenge back in March 2020.

To donate and help Nathan reach his target before the end of June, please visit: