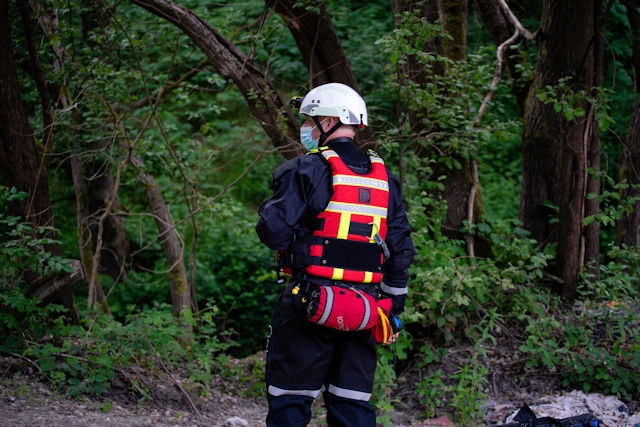 A huge emergency services response was seen near Bamford Road in Heywood on Tuesday evening (15 June) as part of a search for a missing man.

Police, the fire service, the ambulance service and mountain rescue were all involved in the operation at the River Roch at around 6pm.

The search began after a man in his 20s had been reported missing, police said, but he was found and returned home safely.

The North West Ambulance Service said it sent “several resources” to the scene after a 999 call, reporting that someone was in the river. A spokesperson confirmed that no-one was taken to hospital.

Two fire engines from Rochdale and Heywood, and the Technical Rescue Unit from Leigh were in attendance for around one hour after being called to the incident by police.

The Rossendale and Pendle Mountain Rescue Team was also contacted by police to aid in the response, but were stood down when no longer required.

A spokesperson for Greater Manchester Police said: “We were called to a concern for welfare on Bamford Road, Heywood.

“A 29-year-old man had been reported as missing.

“Emergency services attended, and following a brief search, he was safely located and returned home.

“There were no injuries.”

A spokesperson for the mountain rescue added: “Our team’s volunteers were deployed along with our water teams assets to what was a rapidly developing incident.

“Two of the team’s response vehicles arrived at the location and further personnel went directly to the location. Fortunately, whilst on scene, there was a confirmed sighting of the missing person elsewhere.

“Once the police were happy that the team’s assistance was no longer required, the team was stood down and returned to base at around 6.30pm.”