You are Here: Home » News » News Headlines » Spotland and Falinge spruced up by volunteers 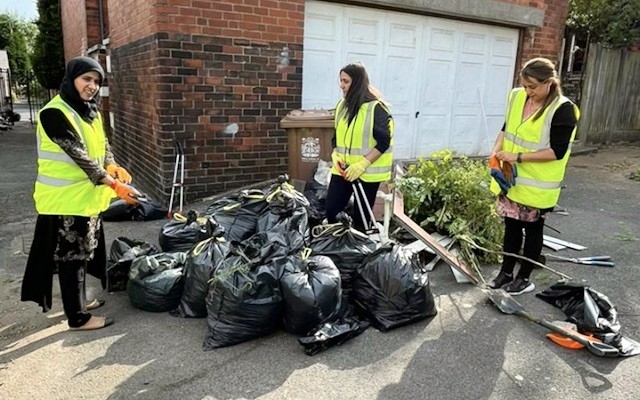 Volunteers took part in a clean up in Spotland

Volunteers have been busy working to keep Spotland and Falinge tidy.

Rabina Asghar, who works for the NHS and was a candidate in this year’s local elections, organised the clean up after concerns were raised during her campaigning. Scores of rubbish bags were filled with litter collected from the main streets, alleyways and abandoned walkways.

She said: “When I was visiting local residents, litter and fly tipping were just some of the concerns raised. On my days off from work, I organised for some litter pickers, gloves, bags and high vis jackets to begin cleaning up our area so when others see they will want to join in too.

“It was an amazing sight to see how passionate the whole team was especially our young generation volunteering to keep their neighbourhoods clean. All those taking part in the clean up, really enjoyed themselves and felt proud of playing a constructive part for their community. A big thank you to all the local residents who volunteered alongside me and gave their valuable time on the weekends to go out and clean our streets."

Community groups and enthusiastic volunteers across the borough organised successful litter picks last month as part of the national Keep Britain Tidy, encouraging residents to keep their neighbourhoods free from litter and fly-tipping.

Rabina continued: “Although our waste collectors come around every three weeks, it’s important for every individual to also play their part in ensuring they are keeping their areas clean. Any fly-tipping should be reported to the local authorities.

“Our local waste department also work tirelessly on a daily basis and play a vital role in keeping our streets clean and it is just as important that we acknowledge them too.” 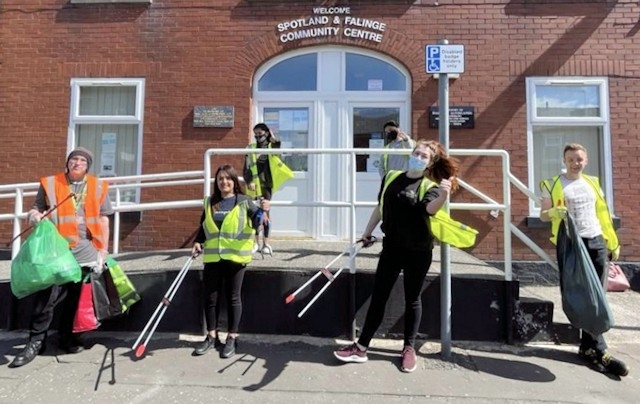 If you have any information about fly-tipping; littering or those responsible, please report it at rochdale.gov.uk/flytipping or by calling 0300 303 8884.

Details on how to check for waste carrier licenses can also be found on the fly-tipping page of the council web site.