You are Here: Home » News » News Headlines » Record number of people in Rochdale waiting for specialist hospital treatment and procedures 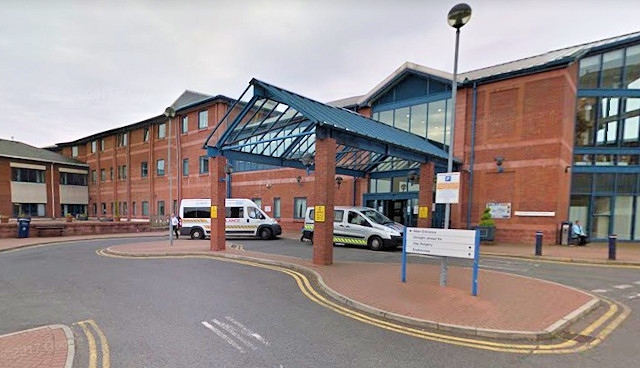 The number of people in Rochdale waiting for specialist hospital treatment and procedures is now at record levels.

Substantial increases to waiting lists since May mean the latest figure stands at 23,643 – the highest ever seen by Heywood Middleton and Rochdale Clinical Commissioning Group (CCG).

Those waiting the longest include patients who need to be seen by specialists in urology, gynaecology, trauma and orthopaedics – as well as people awaiting general surgery.

Nadia Baig, assistant director for commissioning, told a meeting of the CCG’s governing body this was due to the impact of Covid-19 and the increased demand health services are currently experiencing

Presenting a performance report, she added: “It’s really just to highlight the continued pressure on services, partly as a result of the pandemic last year and the fact services can’t actually return to normal and their processing rates are not what they would have been pre-pandemic.”

Ms Baig said that of particular concern was the number of patients who had been waiting more than 52 weeks to be seen.

“Pre-pandemic we would not have had patients waiting 52 weeks or, where we did, we would have been able to count them as very small numbers and they would have been very carefully tracked.”

Bosses also expect to see further reduction in 52-week waits over the next couple of months due to extremely low referrals during the first lockdown in 2020.

Progress includes people who require colonoscopies now being seen much quicker due to a new type of scan,  and patients having the option of NHS procedures within the private sector.

But waiting lists are not expected to return to ‘normal levels’ for some time due to the impact of the pandemic on the health system.

And concerns were raised at the meeting over whether patients were receiving a clear message about how long they may have to wait to be seen.

“Understandably a number of our patients are becoming increasingly concerned about the amount of time they have been waiting,” Ms Baig added.

“They may well have received communication early in the pandemic about their position on the waiting list.

“But in the absence of further information they are contracting their GP and other services to try to understand the status of their waiting.”

This was said to be causing ‘significant pressure across the system’, with one GP surgery reporting that it spent a quarter of its appointments with people who wanted to know where they were on the waiting list.

Ms Baig also told the meeting an online repository of information – the Greater Manchester Waiting Well framework – was being developed.

It aims to help patients manage their condition and connect to local forms of support – backed by a communication plan to reassure people.

Rochdale health officias are considering their response to this, with one idea being a central telephone number for patients enquiring about their wait.

Ms Baig said it was important to develop a two-way conversation between health services and patients in Rochdale over the coming months.

“What I’m hearing is there’s a level of frustration,” she said.

“We don’t have enough clear information at the moment. We can’t say precisely how long people are waiting. People are losing patience and I understand that.”

However, she said local health bosses had been under ‘command and control’ arrangements during the pandemic – but would now be in a position to reach out to residents.

“We have clear information we need to make clearer about our waiting lists,” added Ms Baig.

“And then, how do we develop a really constructive conversation with our residents about what we can offer, which isn’t going to be an easy conversation to have.

“But I think that’s the route we need to take forward.”