You are Here: Home » News » News Headlines » Free bulky waste collections to be introduced in Rochdale as council aims to stamp out fly-tipping 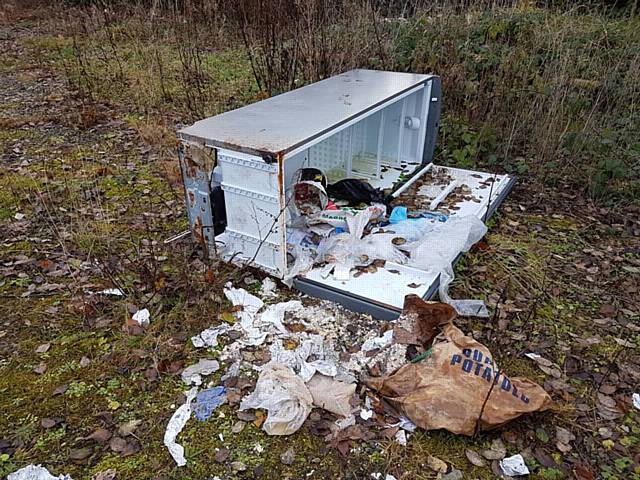 Free bulky waste collections are to be introduced in Rochdale in a bid to drive down fly-tipping in the borough.

The move was announced by council leader Neil Emmott at the latest full council meeting, as he set out his stall on illegal dumping.

Rochdale suffers some of the highest fly-tipping rates in Greater Manchester – with figures showing that the number of recorded incidents in the borough more than doubled between 2017 and 2020.

It has prompted calls from Liberal Democrat group leader Councillor Andy Kelly to reintroduce free bulky waste collections – noting that it seems to have had the desired effect in Wigan.

And that is now set to become part of Rochdale’s ‘arsenal’ against the blight of fly-tipping.

Councillor Emmott told the council meeting: “I’m very pleased to announce this evening that one of the things I have instituted since becoming leader is to tell the finance team and environmental management team to factor into next year’s budget the reintroduction of free bulky waste collections.”

Formerly cabinet member for the environment, Councillor Emmott said it was ‘quite clear’ there had been an increase in fly-tipping in the borough during the pandemic – something he put down to ‘confusion’ over when tips were open and people using lockdown to have a ‘clear-out’ at home.

“A lot of people who fly-tip are not first hand,” he said. “People basically ask [others] to do it because they have not got a car and can’t get to a tip.

“A simple process where we reintroduced free bulky waste collections in this borough would reduce that massively.”

He added that would ‘easily’ be paid for by the £500k environment chief Councillor Liam O’Rourke said had been spent dealing with fly-tipping over the last financial year.

“It ain’t rocket science, let’s use it as a weapon in the arsenal to fight fly-tipping and let’s reintroduce free bulky waste collections,” he said.

Read more: Community skips could be rolled out across the borough in bid to drive down fly-tippingPublished: 29 March 2021

Councillor O’Rourke said he was delighted that the new leader had done just that, and put ‘everything’ at his disposal – from free bulky waste collections to community skips and rewards for information against offenders.

“If we find anyone who is fly-tipping after that I think everyone in this council chamber will be fully behind this administration moving hell and high water to deal with those people and the incidents of rubbish across our borough.”

A spokesperson for Rochdale council said: “We are evaluating and costing options to look to introduce in 2022/23.  We’ll provide further details nearer the time.