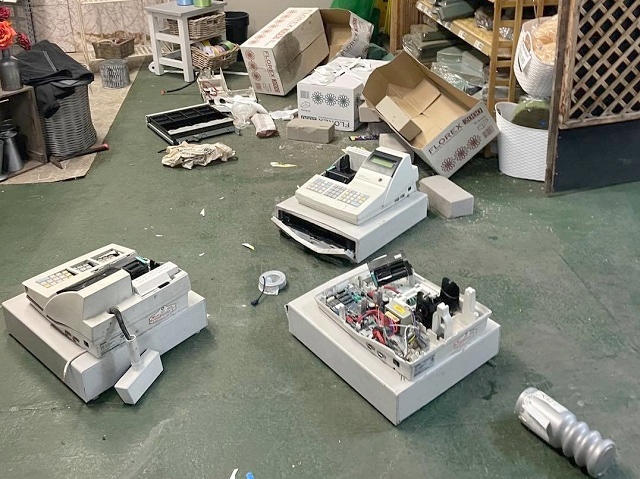 Thieves stole sweets and change from several charity boxes from the Gordon Riggs Garden Centre in Rochdale on Friday night (10 September) – with one returning the following night.

Three teenagers broke into the garden centre shortly after 9.45pm after scaling the gate between the main road and the centre’s car park.

Once inside, the boys took only sweets and soft drinks, plus change from the charity collection boxes. They also smashed a window and the tills, which had to be retrieved from the roof.

CCTV footage – plus names of those believed to be involved – have been passed to the police and the local PCSO.

One boy even returned to the scene of the crime the following night, but only stayed for several minutes before leaving.

Rochdale Branch Manager, John Jackson, said the boys had taken sweets and soft drinks from the fridge plus the contents of the donation boxes for Springhill Hospice, the Royal National Institute of Blind People, Macmillan Cancer Support, Pennine Pen Animal Rescue, and the RSPCA.

Mr Jackson said: “They took the change from the collection boxes, and emptied the tills on the roof although no money is kept on site.

“One boy came back on Saturday at around 10.10pm, but was gone after a few minutes. I’ve had a couple of sleepless nights tidying up so we could open; one of the directors, Pauline [Rigg], stayed to help out, which was wonderful.

“They’re just the lowest of the low; the scum of the earth.”