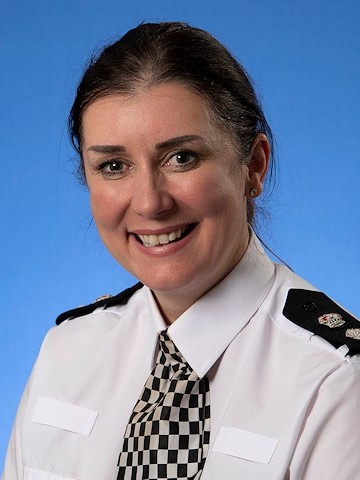 Six of the new chief superintendents and one that is currently serving with the force will be posted to a local policing district to join three already established commanders and complete a new look local policing leadership structure.

Chief Officer responsibility for the Local Policing portfolio will be jointly held by Assistant Chief Constables Chris Sykes and Scott Green; the latter of whom started with GMP earlier this week.

Chief Superintendent Nicky Porter has been appointed as the local district commander for Rochdale division.

Ch Supt Porter started her career at Thames Valley Police in the 1990s. She joined GMP 17 years ago as a detective sergeant and then detective inspector on the City of Manchester division.

She went on to work as force lead for domestic abuse, before climbing the ranks and becoming the Economic Crime and Cyber Unit Superintendent.

She recently served as temporary Assistant Chief Constable for Serious Crime and Public Protection, and will now be taking up the post of District Commander for Rochdale.

The other district commander appointments are as follows:

The most ambitious senior recruitment process in GMP history hasn’t been solely focused on local policing and a number of other notable chief superintendent appointments have been made in crucial roles.

Deputy Chief Constable Terry Woods QPM said: "This has been without question the most ambitious senior recruitment process that has ever been seen in Greater Manchester Police, and I'm pleased to be able to update the public on our progress.

"Since his arrival, Chief Constable Watson has been very clear in his belief that local policing plays a crucial part in preventing crime and keeping the public safe, and I think that has been reflected in our determination to appoint a dedicated chief superintendent to each district. We are confident that strengthening local leadership in this way will significantly improve how we work with partners and provide more accountability, which will set us straight if we start to stray from our purpose.

"However local policing alone cannot solve all of our problems so we have made a number of other crucial chief superintendent appointments.

"Making these appointments is a great stride in the right direction on our journey to improve GMP and provide an effective service to the people of Greater Manchester, which we can all be proud of."