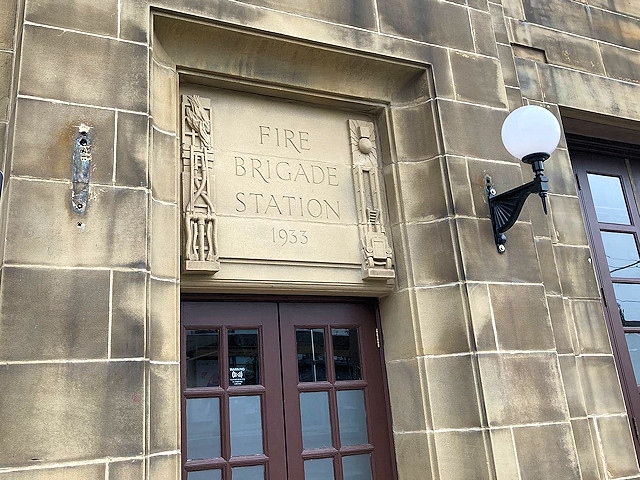 The light fitting, which has been displayed on the front of the former Greater Manchester Fire Service Museum building on Maclure Road for nearly nine decades, was stolen on Sunday 12 September between 12.50pm and 1pm.

The thief – a white, bald headed male adorning a high vis jacket and a flat cap – climbed ladders to steal the original 1930s fixture before chaining his ladders to the building’s drainpipe. The culprit is confirmed to have been on foot, entering and leaving the area via the local Metrolink tram.

A representative for Fireground, which only officially reopened on 14 August, said: “These beautiful fittings have been on this building for almost 90 years and are part of Rochdale fire station's history.

“This theft, which happened in broad daylight on a main street, comes only a few weeks after the museum opened following years of fundraising, volunteer effort and dedication.

“It is very sad that, in the same week as decent people were celebrating the nation's heritage, this person chose to remove something irreplaceable.

“We are working closely with Greater Manchester Police and CCTV operators and following a number of leads at the moment, but if anybody has any information about this incident please get in touch with the police or ourselves.

“Please be on the lookout for it.”