You are Here: Home » News » News Headlines » Fury as row over proposed parking restrictions near Fairfield Hospital rumbles on 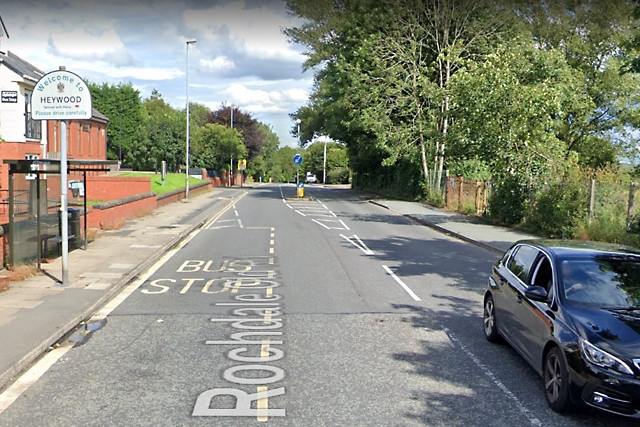 A long-running row over proposed parking restrictions near Fairfield Hospital is still to be resolved after councillors locked horns at a heated meeting.

Staff and visitors have to pay to park at the hospital, and with Bury’s streets largely covered by permit schemes, many choose to park up on the Rochdale side of the border.

The highways department at Rochdale Council says this causes a range of road safety issues – including reduced visibility for pedestrians and drivers, as well as cyclists being forced out of their designated lane into a 40mph main road.

As a result, Rochdale council put forward plans for a ‘no waiting at any time’ zone along a section of Bury and Rochdale Old Road.

Because the stretch falls within Heywood and Rochdale North townships, the scheme needs the approval of councillors in both areas.

But the proposals have three times been rejected by Heywood councillors on the grounds the restrictions cover too large an area.

And when unchanged proposals were put forward for approval at Tuesday night’s cabinet meeting, they were met with fury by Heywood North councillor Liam O’Rourke.

“Three times Heywood Township has asked officers to look at the scope of this report and meet with us and change things – that has not occurred,” he said.

The scheme would need to be readvertised if any amendments are made to the original proposals or if no decision is made before November.

But Councillor O’Rourke said it seemed as though the clock had been run down deliberately by the authority’s highways officers.

“It’s total disregard for the opinions of Heywood Township members who have unanimously rejected this three times,” he said.

He added that while travelling to the hospital by bus was an option for people in Rochdale and Bury, this was not so for those in Heywood.

“Unfortunately for Heywood residents that access is no longer there and hard-pressed NHS workers are presented with two options – to walk, pay extortionate [hospital parking] fees, or to park in these areas that are currently available,” said Councillor O’Rourke.

“We asked where it was dangerous and if it could be reduced and we have had no work done on it by the highways department. It’s utterly infuriating and frustrating for Heywood Township members that this is consistently happening.”

Councillor O’Rourke added: “We have to throw this out until highways are willing and officers are willing to meet with members to sort out a scheme that would be to the satisfaction of Heywood members and the people we represent.”

He was under the impression Councillor Rush had agreed to support the scheme.

However, Councillor Rush – who is not a cabinet member but was present – said he was actually opposed to the scheme, much to Councillor Meredith’s frustration.

As the debate moved on, it was suggested that the choice came down to whether the council should disadvantage cyclists to the benefit of drivers by shortening the zone.

Councillor O’Rourke insisted the decision was ‘not that binary’, although Councillor Meredith clearly disagreed.

Council leader Neil Emmott told the meeting he was in favour of the scheme and was frustrated that just one public objection had seemingly held it up for nearly two years.

“As a highways authority we need to bear in mind the safety of road-users first, that is our first priority,” he said.

However, in the face of Councillor O’Rourke’s call for the issue be resolved to the satisfaction of members in Heywood, he agreed to defer a decision to a special cabinet meeting.

This is to be held in the next 10 days to allow members to discuss the matter further.

Councillor O’Rourke also said he would be pursuing a complaint with the chief executive after becoming aware an officer had suggested his reasons for opposing the scheme were ‘self-interested or perhaps in the self-interest of a friend’.

He said: “That is untrue and an absolute disgrace that that occurred, and I hope the chief executive looks into that allegation and an apology is forthcoming pretty soonish. Because frankly it’s unacceptable for officers to try to overturn members' wishes without the full story.”