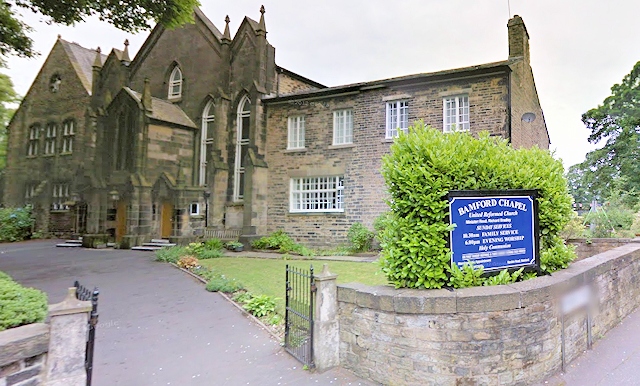 The film club at Bamford and Norden United Reformed Church will resume screenings once again from Saturday 16 October.

The first film of the season on 16 October will be the 1994 classic comedy-drama Forrest Gump, starring Tom Hanks, which has a classification of 12. To celebrate the resumption of the film club, there will be a few surprises on the night, including a celebration cake.

The Ian Newman Community Film Club is named after the late Ian Newman whose idea it was a few years ago to start a film club at the Norden Road Church.

Every third Saturday of the month, there will be a screening starting at 7pm. Further screenings can be found on Facebook or the Bamford Chapel and Norden URC website.

If you wish to know more about the film club, please email Lesley Sutton.