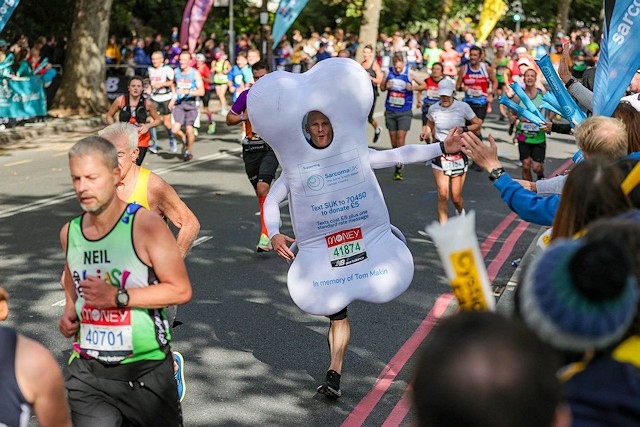 Ben ran the London Marathon in memory of his late friend and client, Tom Makin. In 2019, Tom sadly passed away from osteosarcoma. Tom was just 29 years old and left behind two daughters aged just 3 and 8 weeks old.

Ben ran with 6 other runners as part of ‘Tom’s Team’ including Tom’s wife, Kirsty Makin. The runners have raised over £100,000 collectively for Sarcoma UK by taking part in this year’s London Marathon.

In 2020, Tom’s friends Luke, Jack, Ryan, Ashleigh, Fliss and his wife Kirsty, ran the Virtual London Marathon to raise vital funds for Sarcoma UK, with Ben as their trainer. A spokesperson for Team Tom said: "Tom was an amazing guy, kind, generous and full of life. He touched the lives of so many people and we hope that by raising money for Sarcoma UK, the team and Tom are able to help others in the future." 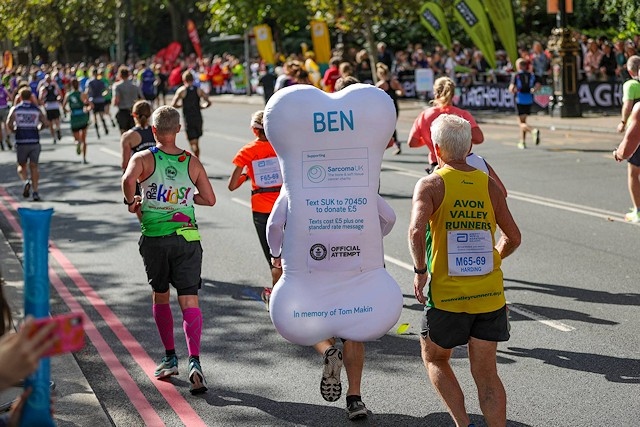 Richard Davidson, Chief Executive of Sarcoma UK said: “The charity was overwhelmed by the response to Ben and the team at the London Marathon 2021. Not only have they raised a transformative amount to support people affected by this relatively rare cancer, but Ben’s eye-catching costume has brought awareness of sarcoma in such a high-profile way.”

Ben said: “It’s hard to think of anything else but Covid right now but we can’t forget about the terrible effects cancer continues to have on so many and will continue to do so long after the Covid pandemic is over.

“The Covid crisis has been devastating to all aspects of life, including the ability for charities to continue their life changing research into understanding some of the most challenging cancers. It is estimated that charities throughout the UK will be cutting their researching funding by £310 million. They need us now more than ever.”

This is the second challenge this year that Ben has undertaken to raise money for Sarcoma UK in memory of Tom - earlier this year he raised more than £21,000 for charity after taking on a mega marathon challenge.

He completed four marathons in under 24 hours by running 26 laps around Bamford and Norden in July.