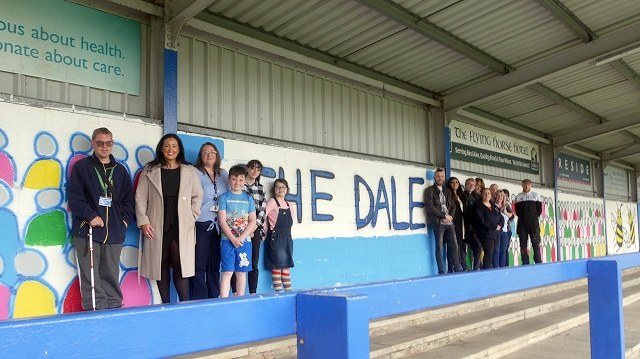 Supporters attending Dale’s two most recent home games at the Crown Oil Arena may have noticed a touch of colour added to the back wall of the Sandy Lane end.

Students from the local Falinge Community Hub have designed and painted a mural there in recent weeks.

It pays tribute to both Rochdale Football Club and Rochdale Hornets, as well as thanking the NHS and displaying anti-racism messages.

The mural also contains a tribute to the Wonder Wall on Sandy Lane, and features paintings of rows of supporters watching on. 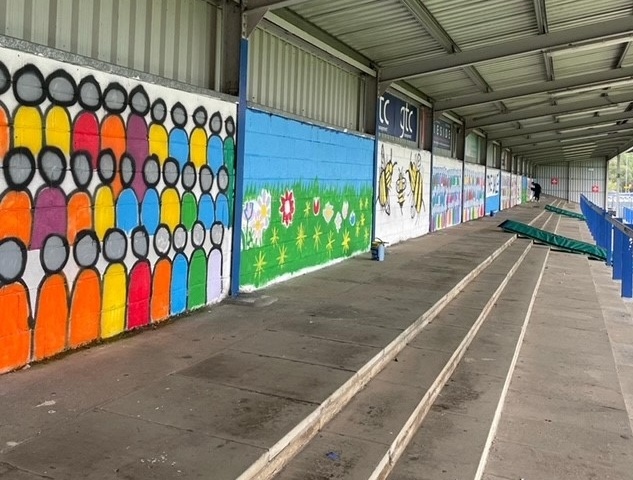 Jack Donnelly from Rochdale Connections Trust, who headed up the project, said: “We wanted to give something back. The football club is a huge part of the local community, which is why we chose to paint the mural here.

“It was a fun project to take on. We had a long meeting about what we wanted to put on each part of the wall, and it’s turned out great.” 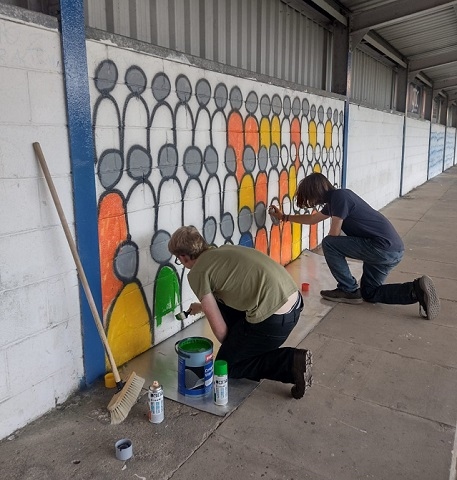 Councillor Rachel Massey, who has been heavily involved in the project, added: “I was thrilled to be able to link up with this creative group of young people in our community to engage their creativity, help build their confidence and show them what we can achieve when we work cooperatively together with our great football club in the heart of Rochdale.”

Dale’s commercial director, Frances Fielding, said: “As a club, we're delighted to have teamed up with the Falinge Community Hub. The students have done a brilliant job in turning what was once a blank and dull space, into a colourful and vibrant backdrop, and I want to say a big thank you to them.

“We will certainly look to work on more projects with them in the future.” 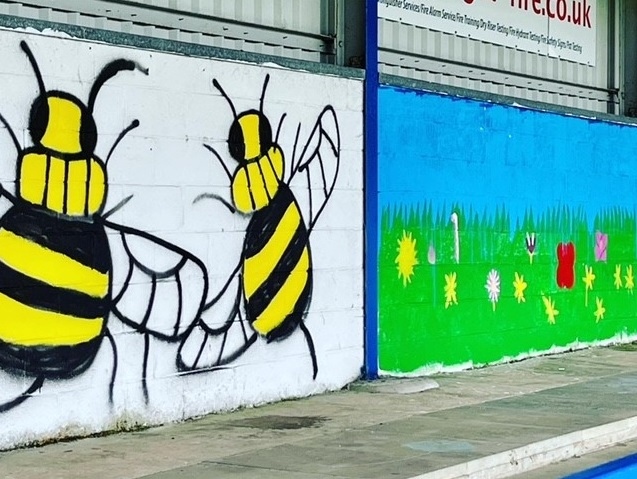