You are Here: Home » News » News Headlines » Over £1million of ill-gotten gains recovered to fund policing and community projects 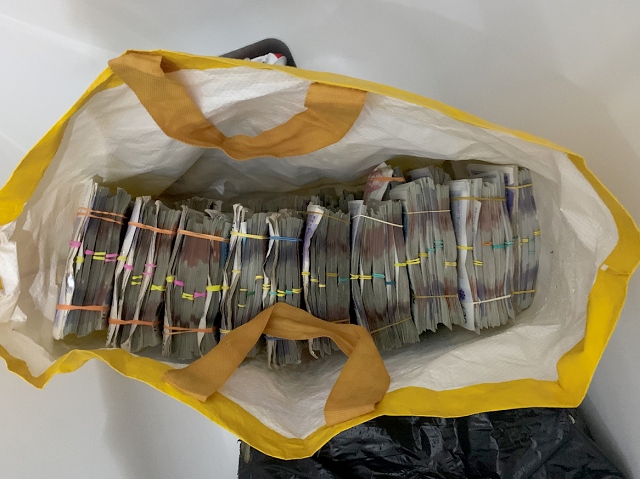 The huge sum of money, coming in at precisely £1,064,174.74 was recovered from multiple cash and listed asset seizures, carried out by GMP, which was then subject to successful civil 'proceeds of crime' investigations

Over the past month GMP's Asset Detention and Recovery Unit has been granted just over £1million of criminal's illicit gains at 42 proceeds of crime hearings at Tameside Magistrates' Court.

The huge sum of money - coming in at precisely £1,064,174.74 - was recovered from multiple cash and listed asset seizures carried out by GMP, which was then subject to successful civil 'proceeds of crime' investigations.

All funds are sent to the Home Office with half being returned to GMP to be reinvested into policing and community projects across the region.

Hearings across this month involved the forfeiture of ill-gotten gains that had been recovered as part of a number of investigations carried out by multiple teams across GMP over the past two years.

A notable seizure arose from the arrest of Sean Doyle, 30, of Blackley, as part of Operation Lushan, a 16-month investigation that formed part of the UK-wide operation Venetic focusing on the takedown of the encrypted communications service Encrochat.

During his arrest, Doyle stashed cash in a bag for life and threw this out of his bathroom window onto the roof. This was quickly recovered by officers and amounted to over £365,000.

He was recently jailed for seven years after pleading guilty to conspiracy to supply cocaine and heroin, possession of criminal property and money laundering.

A total of £367,870 was forfeited from him following his recent conviction.

Additional cash seizures considered as part of the hearings included £98,000 forfeited from a man who recently pleaded guilty to drugs and money laundering offences. The cash was found in a holdall in a flat during his arrest carried out by Merseyside Police.

£115,000 was also seized by GMP's Bolton Challenger team when they executed a drugs warrant at an address in Bolton in July 2020.

In total, during this financial year, GMP's Asset Detention and Recovery Unit have so far been awarded £4.8 million following Proceeds of Crime Forfeiture hearings in relation to cash and listed assets.

Detective Sergeant Sarah Langley of the Asset Detention and Recovery Unit said: "Our team spend countless hours, using all available powers under the Proceeds of Crime Act to ensure these ill-gotten gains are removed from the pockets of criminals and put to good use for those who need it most.

"Stripping criminals of this cash and assets, including money that fuels organised crime, sends a clear message and stark warning that crime doesn't pay and GMP will do everything in its power to ensure you do not reap any form of reward."

"We have asset recovery specialists working in our Asset Detention and Recovery Unit, Confiscation Unit and the brand new Account Freezing Order Team. The three teams working together has seen them successfully recover assets worth over £8.2 million so far this financial year, and this clearly demonstrates the impact the team can have against organised crime across Greater Manchester.

"Organised crime has no place across Greater Manchester the assets and funds forfeited this month week were earned through illicit means, sparing no thought for the incredibly damaging impact this type of offending can have on our communities. Thankfully, these seizures will now be able to fund positive and impactful projects across our communities and hopefully make a difference to those who need it most."