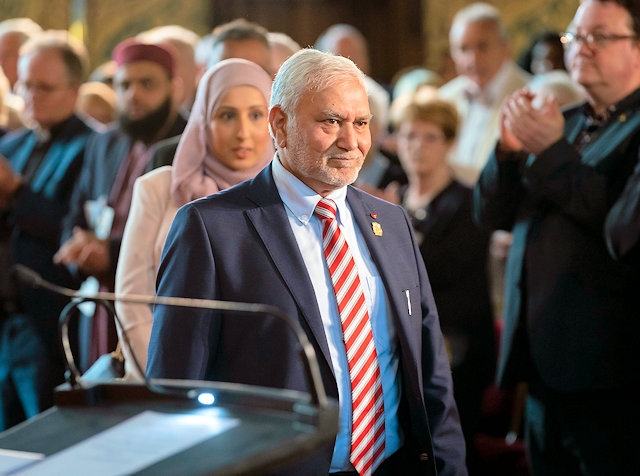 A former Labour mayor of Rochdale has defected to the Liberal Democrats.

Councillor Mohammed Zaman confirmed his decision to cross the floor citing ‘in-fighting’ and splits within Labour ranks for his departure. It means the Lib Dems now have four members on the council.

The move comes after Councillor Zaman was deselected as a candidate for Milkstone and Deeplish ward at this year’s ‘all out elections’.

His ward colleagues – former leader Councillor Allen Brett and Councillor Sameena Zaheer – have also been replaced, meaning Labour will field three new candidates in May, when all 60 council seats are up for grabs.

Councillor Zaman said: “I have made the decision to leave the Labour party because of the amount of infighting and partisan factions that have emerged in the past few years. I have always put my community first  and Labour just seem to act in their own interests.”

The veteran Labour party member said his treatment by the regional executive had been ‘just as poor, with no logic or loyalty to long service’.

“The Liberal Democrats have always acted with dignity and integrity and I look forward to joining my new group colleagues on council,” he added.

“The Lib Dems represent a broad range of people and is based on the values of liberty, equality and community,” he added.

The Labour group expressed its regret over Councillor Zaman’s decision.

A spokesman said: “We are very disappointed Councillor Zaman has left the Labour party after several years’ service, which we thank him for.

“It’s sad to see he has such sour grapes after losing the selection of Labour party members.

“We are sad to see that made him feel he had to change party. But at the end of the day, the Labour party is a democratic political party and the members choose our candidates.”

There has been much discontent from some quarters over the way Labour candidates were selected in the Milkstone and Deeplish – as alluded to in Councillor Zaman’s statement.

However, when the regional office was asked whether it had any concerns, a party spokesperson told the Local Democracy Reporting Service: “We are satisfied that the process in Rochdale took place in line with Labour’s rules and procedures.”

The three Labour representatives for Milkstone and Deeplish at this May’s local elections will be Mohammad Arshad, Aiza Rashid and Shahid Mohammad.

Rochdale council has 60 elected councillors. There is currently 44 Labour, 11 Conservative, four Liberal Democrats and one independent.