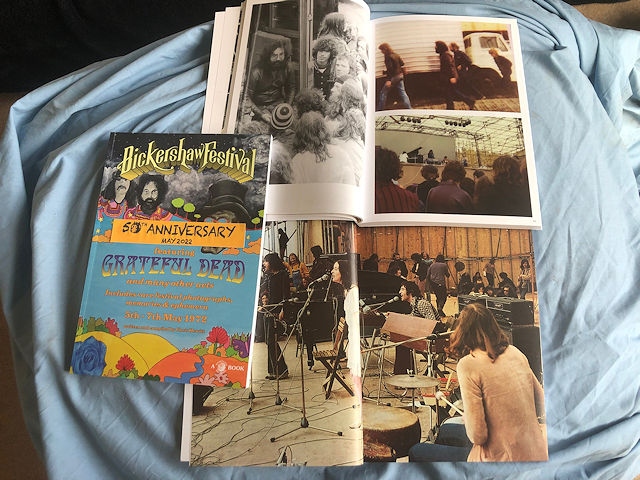 One of the organisers behind Rochdale’s legendary Deeply Vale music festivals has penned a new book about Wigan’s Bickershaw Festival for its 50th anniversary.

Archivist and record label owner Chris Hewitt was just 16 and a social secretary at Rochdale College Students Union when he went to work for Jeremy Beadle – before he became a television presenter – on Bickershaw Festival 1972.

The three-day rock festival saw 40,000 festival goers attend the muddy event, held from 5-7 May and featured a line-up of UK and American acts such as the Grateful Dead, Captain Beefheart, New Riders of the Purple Sage, Dr. John, Flamin' Groovies, Hawkwind, The Kinks, Country Joe McDonald, The Incredible String Band, Donovan, Wishbone Ash, Maynard Ferguson, and a host of non-musical acts such as Cheech & Chong.

Chris said: “Bickershaw was one of the best festivals of all time, held between fields between Wigan and Leigh. It was the second ever appearance of the Grateful Dead in the UK, Elvis Costello was there as a teenager!

“Joe Strummer [of The Clash] was in the audience for Captain Beefheart and said it was the best ever gig he went to.”

In 2012, to mark the festival’s 40th anniversary, Chris released a six-CD and two-DVD box set under his Ozit Morph Records label, complete with postcards and a book focused on The Grateful Dead.