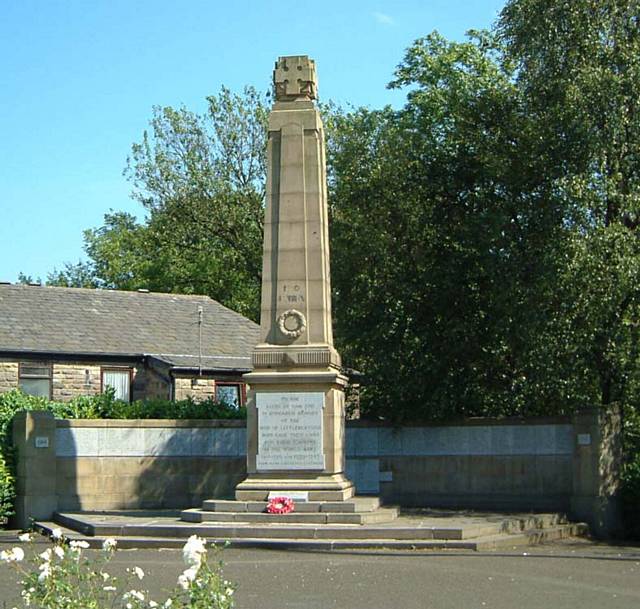 This list is of men whose 80 years anniversary occurs in May or June 2022.

John was born on 26 April 1918 in Rochdale, the son of Greenwood and Mary Elizabeth Collinge. The family moved to Littleborough around 1935 and were associated with Greenhill Methodist Chapel. Prior to enlisting at 16 John worked for a spell at Gale Print works. He became a Submariner in 1936 but had since not visited Littleborough for some 14 months. Besides serving in the Mediterranean John was in the Far East.

24-year-old Petty Officer Collinge D/SSX 17483, drowned on 8 May 1942 when HM Submarine Olympus N35 was sunk by a mine off Malta, 9 survivors out of 98 on board. John is remembered on Plymouth Naval Memorial Panel 63, Column 2. as well as on Littleborough Cenotaph and the Central School War Memorial. At the time of his death one brother served in the RAF whilst the other was in the Lancashire Fusiliers. His wrecked Submarine was found by divers in 2011

It is believed that Harry was born in Littleborough on 15 August 1911. Harry married Jessie Broadbent on 8 April 1939 and before joining the Army at the end of 1940, he worked at Gale Print Works. Harry was associated with The Holy Trinity Parish Church Sunday School and was on their football team. When married, Harry and Jessie lived at No 6 Smith Street, Littleborough. 30 year old Gunner Anderton 1097913, 4th Field Regiment, Royal Artillery was killed in action on 6 June 1942 during the Battle of Gazala which lasted between 25 May and 21 June 1942. He is buried in Knightsbridge War Cemetery, Acroma, Libya, Grave No 11 C 10 and remembered on Littleborough Cenotaph and the Holy Trinity War Memorial. The Rochdale Observer of 4 September 1943 reported that Gunner Anderton who had initially been reported missing was confirmed to have been killed in 1942 and noted that he had left a wife and child.

John was born on 5 October 1920, the son of Leo Aloysius and Ellen Winfred Harwood and in 1939 the family were recorded at the Beach Hotel where his father was recoded as Licensed Victualler and John as his assistant. John was an ‘old boy’ of Manchester Xaverian College and a member of Hollingworth Lake Rowing Club. He joined the Army voluntarily in October 1940. John travelled to the Middle East in the summer of 1941 and was involved in numerous bombardments in the intervening period but unfortunately 21 year old Corporal Harwood 6920232, 1st Bn. Rifle Brigade died of wounds on 13 June 1942 and is buried in Knightsbridge War Cemetery, Acroma, Libya 10. C. 24. on Littleborough Cenotaph.

William was born in Bury on 14 June 1920, the son of John Harold and Sarah Margaret Simons (nee Tatham, of Ellesmere Port, Cheshire). At the time that the 1939 Register was compiled he lived with his parents at 21 Buckley Hill Lane, Milnrow together with his sister Edith and a lodger. William was a Piecer at Milnrow Spinning Co.

William married Nora Horrocks in St Thomas Church, Newhey on 18 November 1941. They resided at 13 Two Bridges Road. 22-year-old Sergeant W/OP Air Gunner Simons 1063602, 61 Squadron, Royal Air Force Volunteer Reserve was killed in action on 3 June 1942 when his Lancaster I, Serial no R5562, crashed on a raid at Essen, 6 crew members were killed with one being a POW, Sgt Navigator W C Howell. The aircraft crashed at Rees 19km NW of Wesel. All the dead we originally buried at Nordfriedhof Dusseldorf before being reburied at Reichswald Forest War Cemetery, Germany, in grave 9 E 16. William is remembered on Milnrow and St James War Memorials. His wife and family remembered him within the memorial columns within the 5 June 1943, 3 June 1944 & 2 June 1945 editions of the Rochdale Observer.

Frank was born in Rochdale 5 October 1917, the son of Ernest and Violet Bramwell (nee Lord) of Newhey, Lancashire. In 1939 the family lived at 6 Highbank Road, Milnrow; Frank was a Doffer at a cotton spinning mill and present were his siblings Hilda (b 1912), Ida (b 1913), Fred (b 1920), Ernest (b 1923) and Eric b 1928). His older brother, Hartley who was born in 1916 died in Coventry in 1938. Prior to enlisting Frank was a Doffer at the Haugh Spinning Co and was associated with Newhey Methodist Church and Sunday School. 24-year-old Able Seaman Bramwell D/JX 223522, HMS Hermione, Royal Navy drowned on 16 June 1942 when his ship was sunk in the Mediterranean by a torpedo fired by U-205 Cpt Reschke, with the loss of 87 crew members. Frank is remembered on Plymouth Naval Memorial Panel 64, Column 2. and on Milnrow and St Thomas War Memorials.

George was born Milnrow on 17 October 1908, son of Richard Healey Parker and Annie (nee Fairbrother). The 1911 census recorded the family living at Springfield, Newhey with father shown as a Cotton Waste Spinner (Employer). Also present were his wife Annie, elder brother Robert Fairbrother Parker and George together with their servant. The 1939 Register showed George, Warehouseman, living at 63 Shaw Road, Newhey with Barbara Emma Parker (53) who did unpaid domestic work. 33-year-old Second Radio Officer Parker 164099, Merchant Navy, drowned on 28 June 1942 when MV Queen Victoria was sunk off Madagascar by Japanese Submarine I-10. George is remembered on Tower Hill Memorial, London, Panel 85.and on the Milnrow War Memorial. The merchant seamen’s record dated October 1942 has his address as " Springfield", New Hey, with brother Robert having the same address.