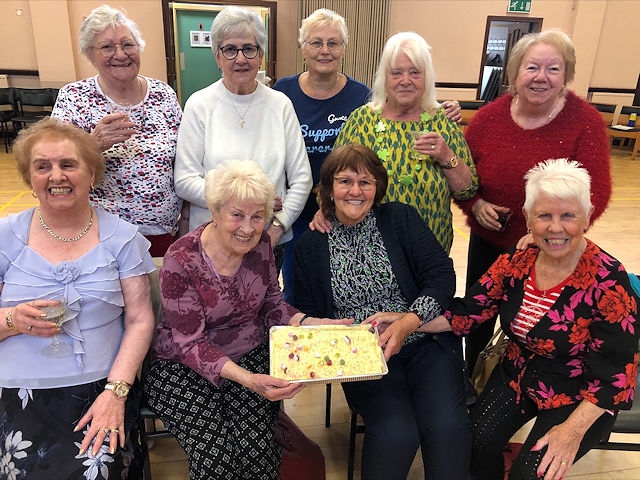 The Carers Choir in Rochdale

The Carers Choir in Rochdale ended Carers Week 2022 on a high note, celebrating their 10th anniversary by singing their favourite songs to a digital audience who watched via a live stream on Zoom and Facebook.

10 years ago, founding member Pauline put a note in a suggestion box at a local carers group, asking for a singing group to be formed. This led to the Carers Choir being set up and since then, weekly sessions have seen carers come together to lift each other’s spirits.

Pauline said: “You don’t realise how happy it makes you feel when you get singing – and the friendships you make at the sessions are fantastic. It’s good when you are a carer to be able to get out there and so something to lift your mood. We all talk to each other and encourage each other to attend. We are there for each other.”

The choir is made up of current and former carers who, during term time, meet every Tuesday at the Unitarian Church on Clover Street.

Choir master Phil Reynolds sets the tone for the group and encourages members to sing a variety of songs, many of them upbeat. With the choir inspiring carers and communities for 10 years, Phil wants people to know that the choir is open to all those who might benefit from it.

Phil said: “There are no auditions and even if you think you can’t sing but love singing in the car or shower – you are very welcome. We’re always open for new members.”

Carers’ Hub Rochdale provides a single point of access for all carers including young and adult carers and former carers who live in the borough of Rochdale.

Find out more about the Carers' Hub here: www.n-compass.org.uk/our-services/carers/rochdale-carers-hub; email enquiries@rochdalecarers.co.uk, or ring 03450 138 208.

To find out more about the Carers Choir and future concerts, email heartvoicesnorthwest@gmail.com.