You are Here: Home » News » News Headlines » Improvements made to GMP over Chief Constable Watson's first year in position 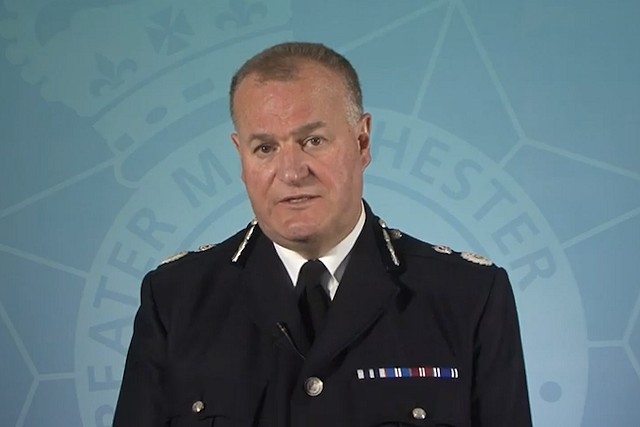 The chief constable of Greater Manchester Police has claimed “major improvements” in the force’s performance as part of an effort to be lifted out of special measures.

Chief Constable Stephen Watson replaced Ian Hopkins last summer; Hopkins was forced out in December 2020 after a damning police inspectorate report revealed major failings, including that 80,000 crimes had gone unrecorded by GMP in a year.

Now, after a year in post, Chief Constable Watson says GMP has “seen advancement in all areas highlighted as causes for concern” including call answer times for both 999 and 101 lines, response time for grade one and two incidents, and “a renewed focus” on crime-recording practices and process improvement.

Speaking on Tuesday (26 July), Mr Watson said: “I am pleased to provide an update which I trust will demonstrate to the people of Greater Manchester that the plan is working, and green shoots of improvement are coming into fruition.

“With the right leadership in place and everyone working together in the same clear, positive and progressive direction, we are beginning to make rapid and sustained progress.”

Almost all of the senior leadership team has been replaced, and taken policing “back to basics.”

District Commanders at Chief Superintendent level have been positioned in every district across Greater Manchester to improve local leadership and partnership working.

The police force has halved the time it takes to answer the most serious 999 calls - the average call answer time for 999 calls in June stands at 29 seconds, which is down from 1 minute and 6 seconds in June 2021.

Mr Watson credits “new leadership within our call handling branch” for the improvements, which sees 1,100 call handlers answering calls and enquiries from the public 24 hours a day, plus “the utilisation of technology and improved processes, and a £1million investment resulting in 40 new call handlers joining our Force Contact Centre.”

The response time for grade one calls has also reduced from September’s peak, standing, as of June 2022, at 10 minutes and 12 seconds – almost five minutes under the 15 minute target.

The chief constable said: “Whilst this is a significant improvement, we are continuing to work on this to achieve lower response times. Our work here is by no means complete, but we are delivering on our commitment to the public that at the very first point of contact with GMP, they receive a prompt response and turn out when needed.”

The force is now recording around 30,000 crimes per month on average; in May 2022 the force recorded 33,170 crimes, the most recorded for the last nine months. The chief constable says that 1,000 more crimes were solved in May this year than May last year and 21% more crimes are resulting in a charge or summons.

“As of June 2022, 290 individuals have been arrested as part of Operation Avro, with 111 search warrants undertaken, 713 motorists reported for motoring offences, and 98 vehicles seized or prohibited from the road – demonstrating our active approach to tackling those who treat our roads like racetracks,” he continued.

“Our dedicated action to tackle crime is of course not limited to one day of action. As part of my commitment to investigate and solve crime, I also pledged to doubling the number of arrests made and as of May 2022 figures show our arrest number is 61% higher than of May 2021 – the highest they have been for two years.”

To better accommodate this and the criminal justice process, the 18-cell Bolton custody suite has been reopened and is now used full-time to increase capacity. An additional 28 custody sergeants have been recruited and plans to refurbish other custody suites and uplift criminal justice units are well underway.

Mr Watson concluded: “We are on the cusp of an enormously positive period in our history in that we will continue to forge ahead at pace, and we are recruiting into almost every area of policing the career has to offer.

“We are making excellent progress in our transition to the resurgent GMP, and it is thanks to our committed officers and staff who are determined to stay the course until we deliver what our public rightly expects of us, and that I am confident we will reach our latent potential.”