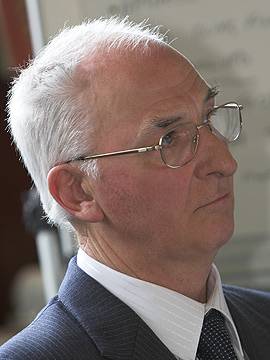 A Rochdale Councillor has revealed his belief that everyone will pay the price for congestion charging if it is introduced in the current economic climate.

Councillor Peter Evans would have told Wednesday night's full council meeting that he did not believe this was the right time to embark on the Transport Innovation Fund scheme, which he says would greatly increase the Council's burden of debt.

The Liberal Democrats blocked a bid by the Conservatives to debate the TIF bid at the meeting so Lib Dem Councillor Evans was not given chance to speak out against congestion charging.

The Conservatives had wanted to express concern that due to the current financial instability there is “a substantial risk that the scheme will go well over the estimated budget with costs falling into the lap of the council.” The Conservative motion went onto say: “The new charge could severely reduce the demand for homes around any congestion charging zone, consequently reducing house prices and creating unacceptable financial pressures, especially on some lower paid workers.”

Councillor Evans, who was Mayor of Rochdale last year, said: "Although much of the blame for the credit crunch has been placed at the door of the American markets, in truth the level of debt incurred in the European Union far exceeds that of America and it is becoming increasingly clear that the global financial crisis has yet to peak and could last for a very long time.

"Analysts in all of the major political parties believe that it will be at least five years before the economy recovers from the imminent recession, a position which will see little economic investment and growth within that period, while job losses are set to continue."

It was with this economic situation in mind that Councillor Evans had prepared a response to the Conservative's motion, but he was not given chance to reveal his concerns about the costs of the package to introduce transport improvements and congestion charging.

Councillor Evans, who has qualifications in Finance, has now spoken exclusively to Rochdale Online about his concerns. He said: "We should now be deciding - that in the face of such a bleak economic forecast - whether we would be sensible to commit the people of this Borough to any costly scheme that will take years to implement and more years to pay off. Unfortunately, one of the last things any Government will do is to cut back on public expenditure, this means that the public will not be totally aware of the risks of escalating costs brought about by any delays within a scheme such as TIF. The Government has already stated that every penny of increased cost will have to be met in full by Council Tax payers howsoever caused.

"This Borough includes a great many people in the bottom quartile of wealth where inflation for them has already reached 9% claimed last week by The Institute for Fiscal Studies and supported by Age Concern. We have a great responsibility to prevent these people suffering unbearably during the Global economic recession ahead of us. Pensioners and the low paid, struggling families with young children, single parent families and those who have lost their private pensions – all these people and more will already be faced with financial pressures. We must recognise and allow their plight to direct our decisions at this time.

"Some of the explanations given recently by those in support of incurring a large additional debt to Greater Manchester local authorities have suggested that the cost of the scheme will fall mainly on car users.

"That is just not the case, the main burden will fall upon all Council Taxpayers in Greater Manchester. On top of that any costs incurred by industry and commerce will be passed onto the shopper – we will all pay the price in one way or another.

"Congestion charging cannot begin for at least five years and is therefore unable to contribute anything to the cost of any proposed expenditure prior to that.

"Some members [of the Council] may feel that Rochdale Council can ride out the current economic downturn – but as far as the Global Financial Crisis is concerned this local authority has less significance than the smallest mite on the weight of an elephant. The current financial situation is entirely without precedent or scale we would choose to ignore it at our own peril."

Councillor Evans revealed his belief that the motion put forward by the Conservatives at the Council meeting had 'all the hallmarks of coming to terms with the Global economic situation in real time' and that, given chance, he would have fully supported it.