You are Here: Home » News » News Headlines » Sharkey makes a wave for his anti-congestion charge campaign

Sharkey makes a wave for his anti-congestion charge campaign 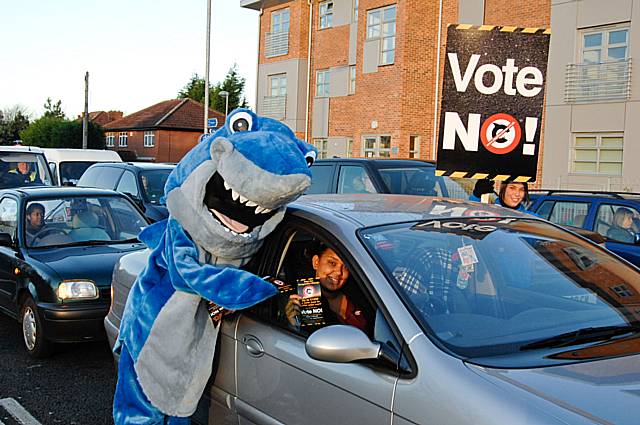 An anti-congestion charge campaign has lured Sharkey the shark out of the water to encourage Rochdale motorists to vote “no” in the transport referendum.

The friendly fish took to the streets of Rochdale yesterday (Wednesday November 26) to get motorists to honk their support.

One of Sharkey’s favourite spots was on Edinburgh Way.

He received hundreds of honks, and hopes to champion as many people as possible to vote “no” in the transport referendum.

Drivers could fork out up to £5 a day if the congestion charge was introduced.