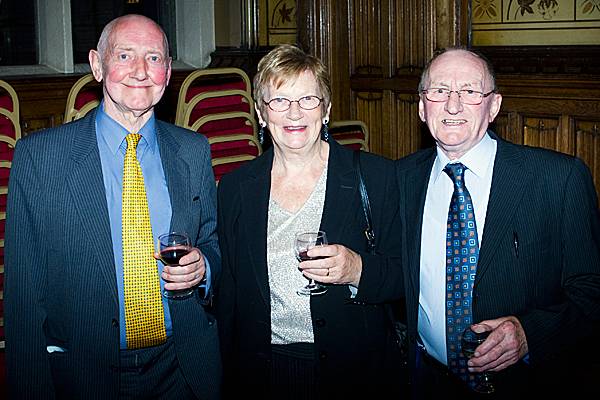 The councillors resigned at a meeting held last night (Wednesday 18 November 2010) and handed in written resignations this morning.

It is understood that all six of these councillors will sit as Independent Councillors.

The resignations came after the councillors called into question the leadership of the current Liberal Democrat leader in Rochdale, Councillor Irene Davidson, who is currently in hospital.

Speaking to Rochdale Online, Castleton Councillor Pat Flynn explained her reasons for stepping down: “I am dissatisfied with the leadership of the Lib Dems both locally and nationally.”

The decision by the councillors to resign from the party also relates to Councillor Doreen Brophy- Lee from the Heywood Ward and Naim Mahmud from the Kingsway ward being deselected – meaning they can’t defend their council seats at the next local election.

Councillor Pat Flynn added: “I am dismayed with the broken promises, especially by the deputy prime minister in relation to university tuition fees.

“I am dismayed by the local leadership and I don’t like the direction the Lib Dems are going in.

“I was quite upset last night but I feel happy about my decision now.”

Councillor Pat Flynn said she understands there are more Liberal Democrat councillors who are considering resigning.

“As you can imagine it was quite a bitter meeting,” said Pat Flynn, “I will now sit as an independent Councillor. I have always said my first concern is Castleton – not the Liberal Democrats.”

Councillor Pat Flynn has been a Liberal Democrat councillor for 30 years.

Councillor Ted Flynn, a councillor for 16 years, said: “I am disappointed. But it has happened and I have no intention of going back. I am unhappy with the present leadership. It is unfortunate that the leader is in hospital, and I do appreciate that, but this isn’t a spur of the minute thing.

“I can’t work with the Liberal Democrats any more.”

Councillor Doreen Brophy-Lee received a letter to say she had been de-selected and would therefore be unable to stand at the local elections in May.

Councillor Brophy-Lee described this as “ridiculous", and suggested that the Leader and Deputy Leader, Councillor Dale Mulgrew, of the Liberal Democrats should be changed.

As a result of the de-selection Councillor Brophy-Lee has resigned from the Liberal Democrats and will now stand as an Independent Councillor, she said: “I have got a lot to offer in Heywood and that won’t stop. I will carry on as I have been doing until May and I will look after the people of Heywood and then I will stand as an Independent where I don’t have to vote alongside party politics.”

Councillor Brophy-Lee also said that she is concerned about the budget cuts she said: “I think some of the cuts should have been made at the top.”

Councillor Naim Mahmud said: “I feel it is an insult that as a standing Councillor who is working hard that I have been deselected.

“I will now stand in the next election as an independent candidate.”

The Deputy Leader of the Liberal Democrats, Councillor Dale Mulgrew, said: “It is with deep regret that some of our longest standing councillors have decided to resign from the local party. Furthermore, I would like to go on the record thanking these councillors for the many dedicated and loyal years of service that they have given to the party.

“Unfortunately, there was a difference of opinion on the selection process that the party uses to select candidates, and, instead of exercising a right of appeal, a decision has been taken to leave the party. This was the only reason that has caused for this to occur.

“It is also unfortunate that all of this has happened whilst the leader of the party is in hospital having a major operation. Clearly, it is always sad that in such difficult circumstances there could not have been a reconciliation.”

The Leader of the Conservative Party in Rochdale, Councillor Ashley Dearnley said: “I have upmost respect for the councillors that have resigned. There must be some major problems in the Lib Dem party for them to want to resign but that is not a concern for me.

“I will reiterate what I have said before, we will work with Independents, Labour and the Liberal Democrats for the benefit of the borough and that will continue.

“There is no change to our approach.”

The Leader of the Labour Party, Councillor Colin Lambert said: “I think this shows there is a party within a party in Rochdale – the coalition which I refused to join last May for the very reason they can not be trusted.

“In terms of overall control of the Council I will wait to see the final numbers on Monday.

“This will be repeated across the country.

"There can be no doubt that the savageness of the cuts from the national coalition government are playing their part.

“I look forward to the final outcome.”

Councillor Peter Davison was unavailable for comment at the time of publication.