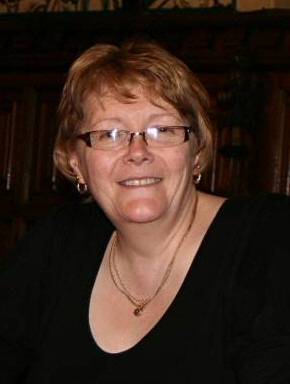 Councillor Davidson, who is currently in hospital, has sent a letter to the Chief Executive of the Council, offering her resignation.

Councillor Davidson remains as the Leader of the Liberal Democrat group.

Councillor Davidson said: "The developments over the last week are most regrettable, and there is no alternative but to accept that the Lib Dem Group is no longer the largest political party on Rochdale Council.

"The actions of the six members who have quit the Lib Dem group must be held accountable, as they have simply given up on the town and the local coalition through self interest and personal motivation."

"These six individuals have not recognised the deeply difficult climate that we are operating within, and have walked out causing a trail of instability and uncertainty.”

“The largest party on Rochdale Council is now the Labour party. It is up to them to take on the mantle of leading Rochdale Council through the next period, and this is a huge responsibility.”

“As ever my group will continue to be prepared to work in any future arrangements that will serve the best interests of the people of the borough through this tough time.”

Councillor Davidson will remain in her role as councillor of the Milnrow and Newhey ward, a position she has held for 19 years.

A final decision will be made at a special Council meeting on 8 December where the borough’s Councillors will vote to accept or reject Councillor Davidson resignation.

The Deputy Leader of Rochdale Council, Councillor Ashley Dearnley said: “I am really sorry it has come to this and that Irene felt this is the right thing to do.

“I worked well with her and I believe together we have achieved a few positive things. She always wanted to work consensually for the benefit of Rochdale and I have the greatest respect for her.

“I am sorry she has been put in this difficult position.”

Councillor Pat Flynn, from Castleton, one of the six Liberal Democrat Councillors to resign last week, said: “When we had our group meeting last Wednesday – which Irene was absent from – we gave them ample opportunities to reinstate the two councillors who had been deselected but they ignored us and gave us no hope.

“The next thing to do was a vote of no confidence on the leadership – not just Irene, but the inner circle so to speak who appear to be running the Council at the moment.

The Leader of the Labour party in Rochdale, Councillor Colin Lambert said: “I wish Irene well in recovery from her illness and I will make no personal comments about Irene I have always been able to work with her.

“My comments would be about the Lib Dem group as I just feel they behaved disgustingly not only to the Leader and their party but they abdicated all responsibility to the people of the borough.”

The Deputy Leader of the Liberal Democrats, Councillor Dale Mulgrew said: “The turn of events over the last week have been incredibly difficult for Irene and her options have become more and more limited by the day.

“I think most reasonable and decent people will once more question the motives of the six whilst Irene was in hospital.

“The process of de-selection is not a matter for the leader but for the constituency party executive.”

Councillor Mulgrew concluded: “Irene continues to make a good recovery and it is hoped she will be out of hospital before the weekend.”