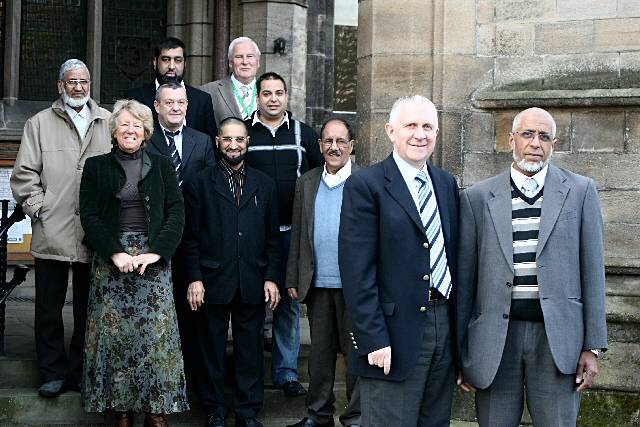 A Rochdale Councillor who quit the Liberal Democrat party in December has joined the Conservative Party.

Milkstone and Deeplish ward Councillor Mohammad Sharif resigned from the Liberal Democrats following a string of departures from the party which led to the collapse of the then Liberal Democrat/Conservative run council.

Councillor Sharif accused the Liberal Democrats of racism in his resignation letter.

Councillor Sharif said he chose the party because the Liberal Democrats and Labour “fail to address” BME (Black and Minority Ethnic) issues.

Councillor Sharif said: “Labour and Liberal Democrats fail to deliver anything in Milkstone and Deeplish except promises.”

He continued: “[The] local Conservative Party want to work with the BME community to prove that they love to work with all the communities and try to resolve the problems local people [are] facing.”

The Leader of the party, Councillor Ashley Dearnley, welcomed Councillor Sharif, he said: “I am pleased we are getting new members to the party, we welcome people from all communities.

“The Conservative Party represents all areas of Rochdale.

Norden Councillor, Ann Metcalfe, said she was “delighted” that Councillor Sharif has joined the Tory group.

She said: “I am sure he has got a tremendous amount to offer to the party. I have known him ever since he became a councillor and he has always been helpful and hard working.”

The Leader of Rochdale Council and Leader of the Labour Party, Councillor Colin Lambert said: “All I can say is the Conservatives are welcome to him.

“I am sure he will bring focus to their party which will be as decisive as it was to the Lib Dems.”

The Leader of the Independent Alliance Party, Councillor Greg Couzens, said: “I have worked closely with Mohammad Sharif, he is a good hard working councillor.

“It is a shame about the demise of the original Lib Dem team, but that’s politics.

The Leader of the Liberal Democrats, Councillor Irene Davidson was unavailable for comment at the time of publication.