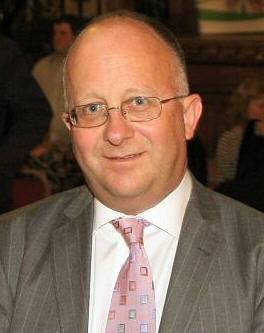 Roger Ellis, the ex-chief executive of Rochdale Borough Council, which was criticised for staff "deficiencies" in a report by the town's safeguarding children board after nine men had been convicted of running a child sex ring in Rochdale, told a Home Affairs Select Committee he knew nothing of the abuse until the men's arrests in 2010 and feels no "personal culpability".

He told the committee as chief executive he had "felt a deep sense of responsibility" and was "embarrassed at the authority's failings", but not personally.

The council was criticised in the report for failing to help the victims,

"I don't feel any personal culpability based on the information that was available to me," he said.

Mr Ellis, who was chief executive for 12 years, said "clearly information was withheld" from him by staff.

"I did not know about these particular issues. I can't explain why I wasn't made aware [of] what was happening."

Mr Ellis, whose remuneration package was in excess of £150,000 per annum, left the authority in 2010. When asked if he received a pay-off, he told the committee he could not reveal the amount due to "confidentiality".

He agreed there should be a judicial inquiry into what had happened in Rochdale to find out "who had failed" the children.

He told Mr Ellis it was "very disturbing" he did not know about the child abuse.

Local reaction to Mr Ellis' performance was scathing, Linda Phillips said: "I am amazed at how that bumbling idiot got away with coasting along as chief executive for 12 years.

"He knew nothing, he wasn't told anything was going on, and he didn't even know when working groups were set up to tackle the problem.

"He refused to say what his pay-off was, claimed a confidentiality clause. Why should there be anything confidential about how much tax payers money he was given?

"Has he thought of re-paying the pay-off amount in the light of him not doing his job?"

The hearing followed the findings of the review published by the safeguarding children board on 27 September.

Head of Targeted Services at the time, Steve Garner, did not attend the hearing due to ill health.

Rochdale Council said in a statement he will be co-operating with the inquiry by providing information and answering questions from the committee at a later date if required.

Mr Garner resigned from the council in October shortly after the publication of the report.