You are Here: Home » News » News Headlines » If you love your bike, then lock It!

If you love your bike, then lock It! 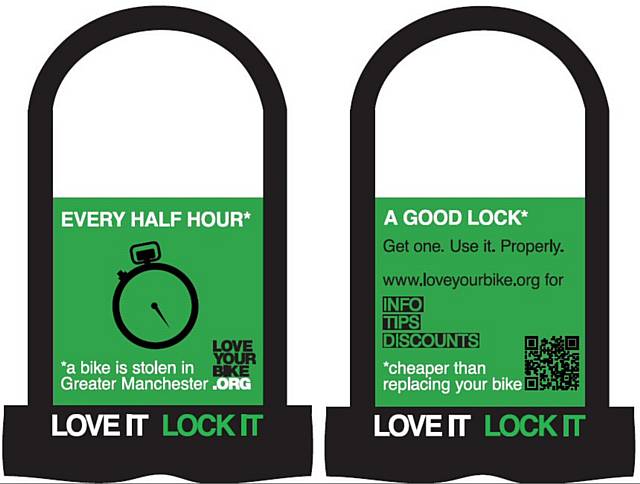 If you Love Your Bike, then Lock It!

On Valentine’s Day (14 February), the Love Your Bike campaign will be launching “Love It Lock It” to encourage people to keep their love for their bike alive by securing it with a good quality lock.

With one bicycle being stolen every 30 minutes in Greater Manchester people need to “Love It Lock It” to make sure they are reunited with their bicycle upon their return.

To help people to get their hands on good quality bicycle locks, Love Your Bike has enlisted the support of cycle shops in Manchester who will be offering discounts of up to 15% on cycle locks to anyone taking in the Love It Lock leaflet throughout February.

Dr Graeme Sherriff, Manchester Friends of the Earth, transport campaign co-ordinator said: “When choosing whether to cycle, people tell us that they need to be confident in their safety on the road and their bike’s security when parked. Leadership on these issues from the GM Police & Crime Commissioner is an essential part of helping Greater Manchester to enjoy the environmental, health and economic benefits of cycling.”