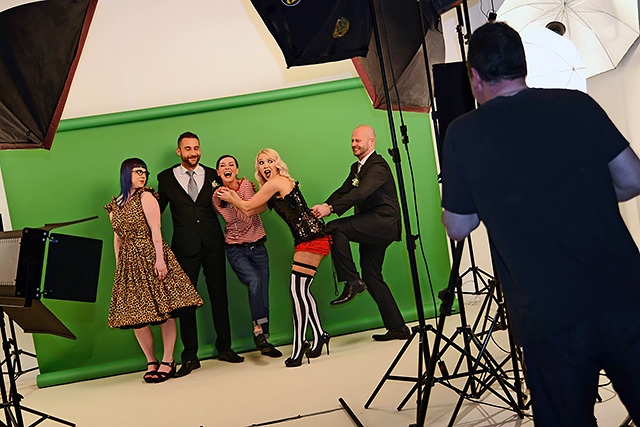 Lisa Stansfield has been shooting scenes for her latest music video at Karl Whitehead’s photography studio in Rochdale.

Karl was contacted by Martin from Gracieland Studios expressing his interest in using the studio. Karl said: “They wanted a big enough space to fit a film crew in but also wanted an authentic looking studio to go along with the feel of the video.”

Martin and Ian Devaney (Lisa’s husband) then paid a visit to the studio and liked what they saw.

For the scenes in the video, Lisa, along with her family and friends mimed along to the song.

Karl even got the opportunity to help with a few minor aspects of the filming process. He added: “I helped with a bit of the lighting and gave them some advice as to what a photographer would do and then they just went with it and got on with it.”

This is the first time that Karl and his studio have been involved with filming and music videos.

It is currently unknown when the video will be released but Karl says that he had a good experience hosting the shoot in his studio. He said: “It was good to be a part of. It will be a claim to fame for me I think but it was certainly a good few days.”