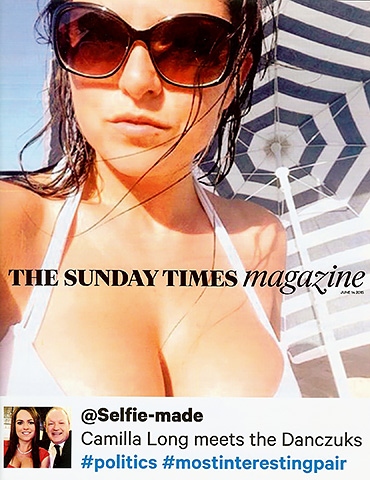 Rochdale MP, Simon Danczuk and his wife Karen have separated.

Mr Danczuk said: "I'm devastated, but life has to go on."

Mrs Danczuk is said to be "gutted".

It is understood Mr Danczuk left the family home over the weekend after their marriage came under strain.

Mrs Danczuk, who is 17 years Mr Danczuk's junior, is his second wife, they met and began their relationship whilst he was the Labour party parliamentary candidate for Rochdale back in 2007 and married in 2012 following Mr Danczuk's divorce from his first wife, Sonia Milewski, in 2010. They have two children.

Infamous for her cleavage revealing selfies on Twitter, former Kingsway councillor, Mrs Danczuk revels in the limelight the photos have brought her.

Thier marriage has long been reputed to be 'volatile' and on Friday Mr Danczuk posted a tweet saying he was researching 'Narcissistic Personality Disorder', which many took to be aimed at his wife.

The Danczuk's relationship was put under the microscope in a Sunday Times feature just two weeks ago, which described their family life as "chaotic":