You are Here: Home » News » News Headlines » Simon Danczuk and Matt Baker to be sued by former Rochdale Council leader 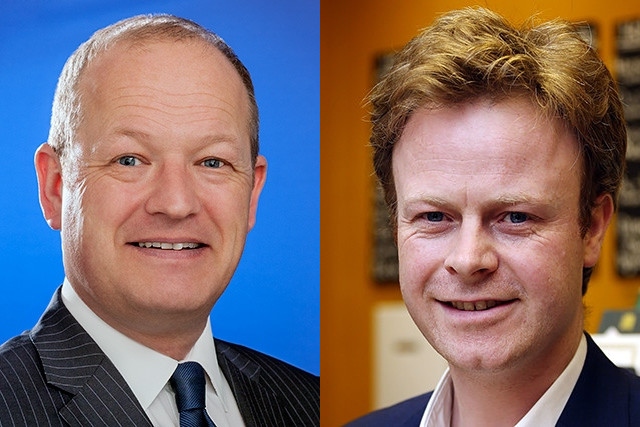 Former Rochdale Borough Council leader, Councillor Colin Lambert has confirmed that he has instructed his lawyers to commence legal action against Rochdale MP Simon Danczuk and his former spin doctor, Matt Baker for what he describes as a "concerted campaign to damage him". He says he expects court papers will be lodged early next week.

Last week, Rochdale Online published an email authored by Matt Baker in which very serious allegations were made that Councillor Lambert had conspired to cover up child sex abuse, allegations Councillor Lambert described as "vile" and part of a "smear campaign" designed to force him from the office of council leader.

Whilst Mr Baker previously told Rochdale Online he had "no recollection or record of sending this email", Councillor Lambert says that Mr Baker subsequently claimed to a BBC reporter that his email account must have been "hacked". Mr Danczuk refused to comment when asked by Rochdale Online about the email, but subsequently told the Manchester Evening News that he "knows nothing about the email" and when interviewed on BBC North West Tonight yesterday (30 September) said Councillor Lambert would be wasting his money suing him. Councillor Lambert says this email is only "the tip of a very large iceberg", part of a "concerted campaign" to damage him. Asked to clarify he explained that Paul Turner-Mitchell, a former close friend of Matt Baker, has confirmed that he was passed confidential council papers by Mr Baker and asked to use them to seek to undermine Councillor Lambert. Councillor Lambert said: "It now appears that Mr Danzcuk's office also used the same agenda to leak confidential RMBC papers."

Councillor Lambert said the "smear campaign" has had a devastating effect on his wife and children: "This is not about one rogue email, it is about a concerted campaign to damage me and in doing so my family. Stuff the politics of this, it has hurt my wife and children and for that I cannot forgive these people."

He added: "Can I thank those who have been in touch over the past few days, I am grateful for their positive comments and offers of help."